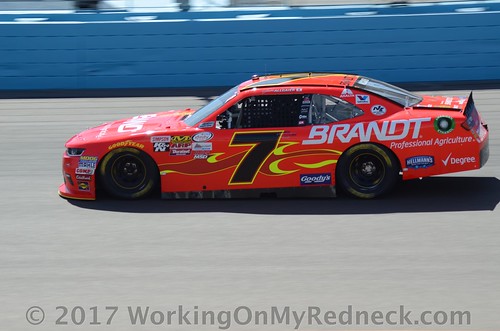 After capturing a victory at Phoenix International Raceway in March, Allgaier has already punched his ticket to the NXS playoffs. Additionally, he pocketed a cool $100,000 at PIR in the first Dash 4 Cash race of 2017!  Could he cash another $100,000 paycheck this weekend at Bristol?

Here are a few interesting footnotes for Justin Allgaier as he heads towards Bristol.

• Justin Allgaier already took home $100,000 in Xfinity’s Dash 4 Cash at Phoenix after capturing the victory. He is the only driver left in the running for the $1 million D4C bonus, which he could do by sweeping the remaining three D4C events.

• The 30-year-old earned the first NXS win of his career at Bristol Motor Speedway in the spring of 2010.