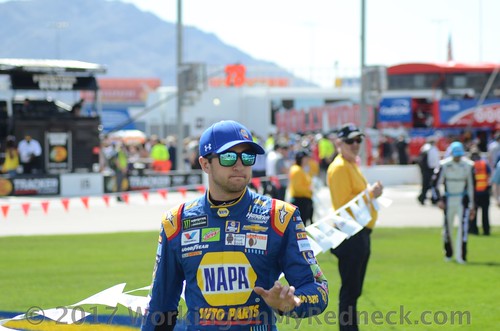 After making the Monster Energy NASCAR Cup Series Playoffs as a rookie in 2016, talented 21-year-old Chase Elliott has raised his performance in his sophomore season.

All Elliott needs to truly “arrive” is his first Monster Energy NASCAR Cup Series win. He’ll get the chance to accomplish the feat in Sunday’s O’Reilly Auto Parts 500 at Texas Motor Speedway – the site of his first NASCAR XFINITY Series victory.

“I’m looking forward to getting back to Texas – what a fun place,” Elliott said. “I think Texas will always be special to me after getting my first XFINITY Series win there.”

The No. 24 Chevrolet driver finished fifth (spring) and fourth (fall) in his two Texas starts last season. On Sunday, he’ll have to contend with defending winner Kyle Busch, and Jimmie Johnson, who boasts a track-record six victories.

“Texas is a place I enjoy going to and after the good runs we had there last season, I’m definitely looking forward to returning,” Elliott said.