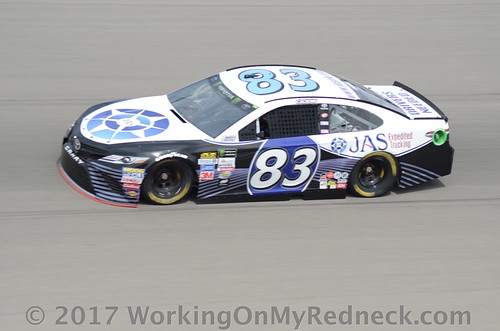 There will be a familiar face atop the pit box for the No. 83 Toyota Camry. Randy Cox will be the crew chief for Corey LaJoie for the remainder of the 2017 Monster Energy NASCAR Cup Series season. Previously, Cox was crew chief for the BK Racing No. 26 Toyota in 2014.

“I’m very happy to be back with BK Racing for 2017,” said Cox. “I’ve known Corey and the LaJoie family for a long time. He’s a hardworking and hard-racing guy, and I’m eager to see what we can build together.”

“Randy has been around the garage his entire life, and he’s a racer like me so we speak the same language,” said Corey LaJoie. “I’m glad that BK Racing is giving him the reins to this No. 83 team.”

“I have worked with Randy before, and I believe his abilities to make race strategy calls will be important and successful with the new stage format,” said Ron Devine, Owner of BK Racing. “We are excited to reconnect Randy, BK Racing, and the No. 83 team. Randy and Corey will join forces to provide BK Racing with increased on-track performance.”