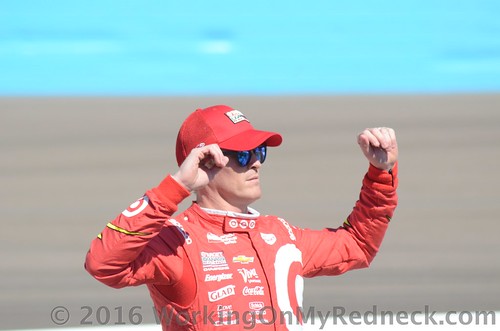 Chip Ganassi Racing (CGR) announced today that four-time Verizon IndyCar Series Champion and Indianapolis 500 Winner Scott Dixon will be sporting the colors of NTT DATA in Round 2 of the Verizon IndyCar Series on April 9 at the Toyota Grand Prix of Long Beach. Now in their fifth year of partnership with CGR, NTT DATA will also expand its relationship as an associate-level partner on the No. 9 for additional key race markets, including Phoenix and Indianapolis.

NTT DATA served as an associate-level partner with Dixon in the season opener in St. Petersburg, where he started on the front row and earned a podium finish of third. NTT DATA will continue as the primary sponsor on the No. 10 Honda with 2004 Series Champion and 2013 Indianapolis 500 Winner Tony Kanaan, now in his fourth season with CGR.

NTT DATA partners with clients to navigate and simplify the modern complexities of business and technology, delivering the insights, solutions and outcomes that matter most. We deliver tangible business results by combining deep industry expertise with applied innovations in digital, cloud and automation across a comprehensive portfolio of consulting, application, infrastructure and business process outsourcing services.

NTT DATA is a top 10 global business and IT services provider with 100,000+ professionals in more than 50 countries, and is part of NTT Group, a partner to 85 percent of the Fortune 100. Visit nttdataservices.com to learn more.