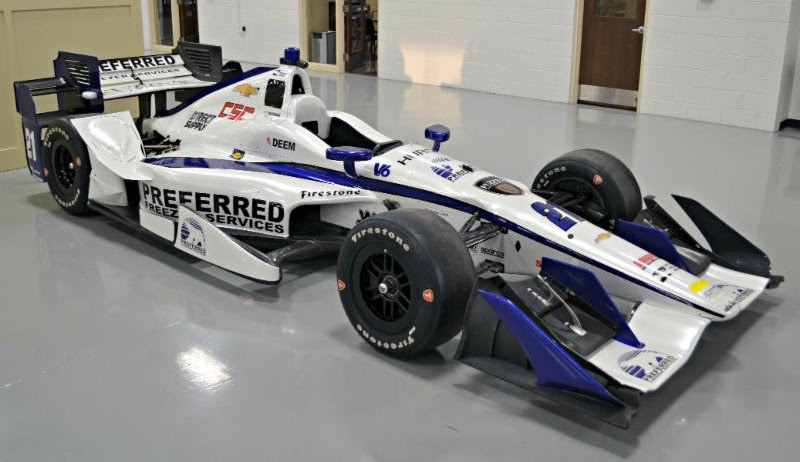 Preferred Freezer Services (PFS), a global leader in advanced design and engineered temperature-controlled warehouses, first teamed up with Ed Carpenter Racing to field a car for Hildebrand in the 2014 Indianapolis 500. The company has supported the 29-year-old’s Month of May program each year since, with all three Indianapolis 500 efforts yielding Top 10 finishes. After much success during his May starts, as well as serving as an indispensable test driver during the summer of 2016, Hildebrand was named as the driver of the No. 21 Chevrolet for the entire 2017 season.

“Preferred Freezer Services was a big part of helping me get to running just the Indy 500 with ECR the first year in 2014. We’ve been fortunate to see the program grow and help it expand over the last few years,” stated Hildebrand. “I’m really excited to be able to continue that partnership and have them on board for a few more races this year! It is great to work with these guys again and I can’t wait to kick it off at such an awesome event as Long Beach.”

Hildebrand’s familiar white and blue PFS livery will re-emerge on track as the No. 21 for the first time at the Toyota Grand Prix of Long Beach, the next stop for the Verizon IndyCar Series. The No. 21 will also run as the Preferred Freezer Services Chevrolet at the INDYCAR Grand Prix and the Indianapolis 500, both contested at the Indianapolis Motor Speedway. PFS will also adorn the Hildebrand’s car at the Honda Indy Toronto, the only international stop on the 2017 schedule. Additionally, PFS will be an associate on the No. 21 for all remaining races this season.

Carpenter will also carry the famous PFS polar bear on his No. 20 Fuzzy’s Ultra Premium Vodka Chevrolet during the six oval events. “It is great to have Preferred Freezer back and to carry them on our cars all year long,” remarked Carpenter. “It is always ‘cool’ to have the giant polar bear around.  We are proud to see this partnership grow again this year!”

Hildebrand will test the No. 21 Preferred Freezer Services Chevrolet today in a private test at Sebring International Raceway. He will be joined by Spencer Pigot, road and street course driver of the No. 20. The duo will compete next at the Toyota Grand Prix of Long Beach on April 12. Carpenter will kick off his 15th season of Verizon IndyCar Series competition on April 29 at Phoenix International Raceway.