Truex and the race winner Kyle Larson had the dominant cars in the 202-lap overtime race, but a late-race pit issue spoiled any chance of Truex claiming his second victory of the season.

Truex, who at one point of the race enjoyed a seven-second lead on the field, was second in the first segment (Lap 60) and first in the second segment (Lap 120). He picked up 19 additional standing points for the segment finishes and one playoff point for the segment win.

The fourth-place finish was also Truex’s best result at Auto Club Speedway in 17 career starts. His previous best was sixth.

“We’re happy to finish fourth after that pit road issue and running on older tires late in the race,” said Truex, who led four times for 73 laps. “But there was no doubt that we had a better than a fourth-place car. Our Bass Pro Shops/TRACKER Boats Toyota was fast all weekend. I had a lot of fun out there today leading a bunch of laps and then chasing down the leader.”

Truex started fourth and moved into second by the first caution on Lap 3. He ran in either first or second from that point on until the pit-road problem on Lap 181.

“I didn’t properly positon the car in the pit box and we also had a lug nut that got hung up,” explained Truex, who restarted seventh.

When the next caution came out a few laps later, Truex’s crew chief Cole Pearn decided for Truex to stay out instead of taking four new tires. Truex did hold off the onslaught of cars with fresh rubber.

“We had an awesome Bass Pro Shops/TRACKER Boats Toyota – we were right there all day long,” said Truex. “I felt like the 42 (Kyle Larson) had everybody covered. It was just a matter of who got out front and got clean air. Towards the end we had a little trouble in the pits and on another stop we didn’t take tires, everybody else did and we were at a big disadvantage those last couple restarts. Definitely happy to come out of here with a fourth with the tires we had on the car at the end. It was a good day and we have fast cars and we’ll continue to work on them.”

The race had 17 lead changes among eight drivers and seven cautions for 29 laps.

The next Cup race is Sunday at Martinsville Speedway, the shortest track on the NASCAR schedule. 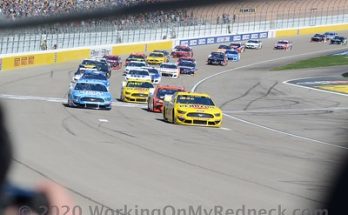 Logano Just Didn’t Have The Speed 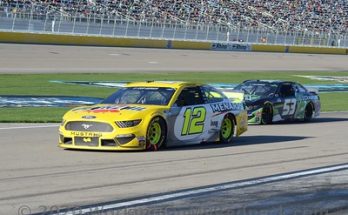 Blaney Snags A Sixth At Phoenix 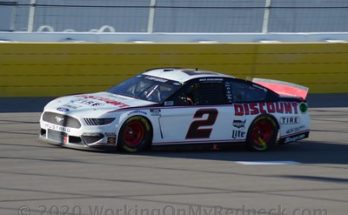