Andretti Autosport Short Track is ready for another successful 2017 campaign.  After winning a track championship in 2016 and recording multiple wins and numerous Top-Five and Top-10 finishes, the team is preparing to compete in over over 70 races in 2017 throughout the country.  In doing so, Andretti will represent and carry the colors of some of the top companies in the country and the Midwest.

For the fifth consecutive season, longtime family partner Window World will return to the No. 18.  Window World has supported the Andretti family for 10 years and will once again become a leader in supporting Jarett Andretti.  America’s largest exterior remodeler, Window World will be a primary sponsor of Jarett in over 30 events.  The company will also show a new look and design on the No. 18 sprinter.

Also with a new look, Superior Auto is back with a new scheme.  They are also a five-year partner of Andretti and will be with Jarett for 12 races as a primary in 2017.  Superior Auto has locations throughout Indiana, Ohio and Michigan and specialize in “Buy Here, Save Here” used car sales.

Two more companies will also return as primary sponsors of the team.  Schaeffer’s Specialized Lubricants and The Harding Group both return to be a primary sponsor for 12 races each.  Schaeffer’s Specialized Lubricants has been with Andretti since 2013 and has provided the team with products such as motor oil, gear oil, greases, cleaners, lubricants and more, not only in their race cars, but also in their transporter.  The Harding Group, the leaders in asphalt surfacing and paving, comes back to support Andretti for their second year.  The Harding Group is a staple around the Indianapolis 500 race weekends.

Andretti Autosport is proud to announce that new associate sponsors Casey’s General Stores and Heartland Environmental Associates will join the team throughout the racing season.  Andretti, the 2014 USAC National Sprint Car Rookie of The Year and 2016 Lawrenceburg Speedway sprint car champion, is proud to represent the brands on his car.

“Wow!,” exclaimed Jarett Andretti.  “It’s just awesome to have so much support from so many great partners. I really feel that we have the best sponsors in all of sprint car racing.  All our cars look great, and I feel a lot of pride when we come to the track representing some of the best companies.  I want to get a lot of wins this season because I know that we have a lot of people supporting me.  I can’t thank them enough, so I’ll try to show it on the track this year with a lot of great finishes.”

“We have really developed programs to help all our partners in their respective businesses,” added owner John Andretti.  “We try to understand our sponsors’ goals in order to represent their brand and help them grow. We take it very seriously, but at the same time we’ve been fortunate to forge some of the best personal relationships we could ask for.  They are all friends and we thank them all for that.”

In addition to being the 2014 USAC National Sprint Car Rookie of The Year, Jarett, grandson of Aldo and son of John Andretti, also has championships in go-karts and the USAC Eastern Ignite Pavement Midget Series.  He has also won Rookie of The Year honors at the Oswego Speedway in the super modified class and last season won the Lawrenceburg Speedway sprint car championship.

Based in Indianapolis, Ind., Andretti Autosport Short Track is focused on short track racing competing on both pavement and dirt including a national presence under the USAC National Sprint Car Series and USAC Silver Crown banners among other sanctioning bodies.  Owned by NASCAR, IndyCar, Sports Car and NHRA race winner John Andretti, Andretti Autosport Short Track is located in the same facility as race and championship winning organization, Andretti Autosport.  The team mirrors the philosophy of winning on the track with an equal focus on professional representation of it’s partners. 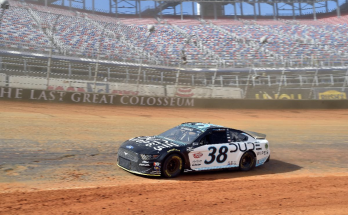 “Fast Pasta” Had A Disappointing Bristol 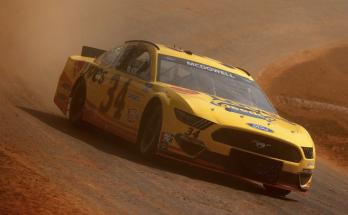 McDowell Snags A 12th On The Bristol Dirt