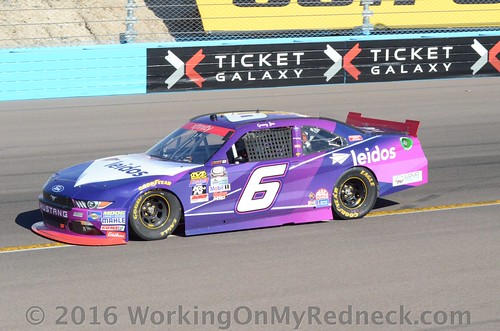 Darrell Wallace Jr. and Daniel Hemric had forgettable season openers at Daytona when a wreck on the 29th lap ended both of their days.

Fortunately, the two young drivers expected to be NASCAR XFINITY Series championship contenders bounced back nicely with finishes of sixth and ninth, respectively, at Atlanta.

Wallace has made two starts in Sin City, finishing seventh in 2015 and placing 33rd last season after wrecking out of the race.

“Last weekend in Atlanta was big for us,” Wallace said. “We showed how we will never give up and will fight to get the best finish we can. That gives everyone on this team a lot of optimism as we get ready for Vegas this weekend. There’s a whole new attitude around our shop and it’s really fun to be a part of.”

Hemric, a Sunoco Rookie of the Year contender, will compete at Las Vegas in the XFINITY Series for the first time this weekend. In two NASCAR Camping World Truck Series races at the 1.5-mile track, he’s finished sixth (2015) and second (2016).

“I have only run the truck races there at night, so it will be interesting to have all of our on-track activity during the day,” Hemric said. “It’s just a fun place. No matter what, everyone gets pumped up to go to Vegas. That trickles down through the system and gets the drivers pumped up, too. I love what the race track has to offer.”