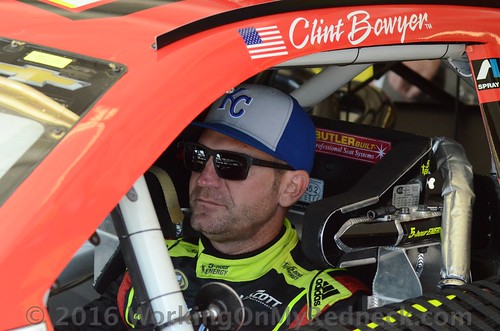 Few people must live up to a number like Clint Bowyer will in 2017.

This year, Bowyer inherited the steering wheel of the No. 14 Haas Automation Ford Fusion from three-time champion Tony Stewart, who retired last season after a 49-win Monster Energy NASCAR Cup Series career and hundreds of other victories in many forms of racing. Since starting Stewart-Haas Racing (SHR) with co-owner Gene Haas in 2009, Stewart has piloted a car carrying the No. 14 to victory lane 16 times – the most of any driver in the NASCAR Cup Series.

Stewart selected No. 14 for a good reason.

His boyhood hero, A.J. Foyt, made the number legendary in open-wheel racing. Foyt’s driving career included four Indianapolis 500 wins among his hundreds of open-wheel victories, plus checkered flags in NASCAR’s Daytona 500 and sportscar racing’s 24 Hours of Le Mans. For the record, Foyt also drove the No. 14 in 42 NASCAR races, but with that number he was winless with just a single top-five finish.

Stewart lived up to his hero’s standards since taking over the No. 14.

His win at Sonoma (Calif.) Raceway in June last year was the 42nd overall NASCAR Cup Series win for the No. 14 in 1,132 races. In addition to Stewart’s 16 victories, Fonty Flock won 14 races in the No. 14, including the first for the number at Occoneechee Speedway in Hillsborough, North Carolina in April 1951. Three other drivers have scored wins in the No. 14: Jim Paschal with seven, Herschel McGriff with four, and Bobby Allison with one.

Bowyer relishes his turn with the famous number and wants to join the group.

“I respect that and love that,” Bowyer said. “Who isn’t an A.J. Foyt fan and loved his attitude and everything he was about? Tony did that number good, too. Tony represented that number every bit as much as A.J. did and there is history behind those numbers. It’s going to mean a lot to me and does mean a lot to me to drive the 14, as well, for those reasons.”

Bowyer is already off to a good start in the No. 14. He finished second in his qualifying race for the Daytona 500 two weeks ago and ran well before a midrace accident left him with a 32nd-place finish in the race. Sunday at Atlanta Motor Speedway, the No. 14 started 25th and moved to third late in the race before contact with another car set off a chain of events that ultimately left him with an 11th-place finish.

The Atlanta finish left him, fittingly enough, 14th in points after two races.

This weekend, Bowyer makes his 400th NASCAR Cup Series start when he takes the green flag at Las Vegas Motor Speedway. It marks his 12th start at the 1.5-mile oval where he earned a second-place finish in 2009 plus two other top-10 finishes. Bowyer seeks his ninth career Cup Series victory.

He’d love nothing better than to become the sixth driver to win in No. 14. But, he isn’t the only family member adjusting to the No. 14. His 2-year-old son Cash is making the adjustment from rooting for Bowyer’s past number 15 to the new number 14.

“Lorra (Bowyer, wife) has been working on him all winter long about it’s not 15 in anymore, it’s 14,” Bowyer said. “I think after Daytona qualifying I came around the corner and I had my firesuit on and he’s like, ‘Yay, number 14.’ It clicks. So, last year is behind us and I think he’s dead set on 14 and, hopefully, I can get him in victory lane. There would be nothing neater than to have my family in victory lane.” 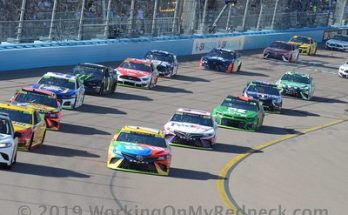 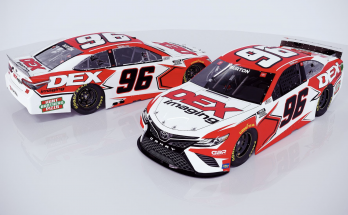 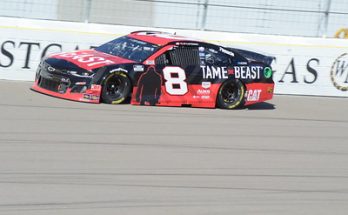