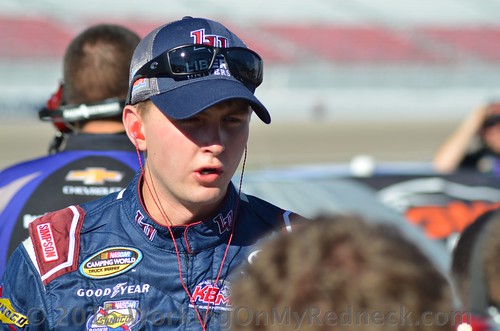 He’s hoping his debut season in the NASCAR XFINITY Series is just as successful. A week after finishing ninth at Daytona in his series debut, Byron will attempt to park his No. 9 Chevrolet in Victory Lane in Saturday’s Rinnai 250 (1:30 p.m. ET on FS1).

“I am really excited for the first mile-and-a-half race of the season,” Byron said. “We got to test Atlanta a few weeks back, so I think that that will help with the learning curve. Hopefully the weekend goes smooth and we can get a good finish.”

The Charlotte, North Carolina, native finished 32nd at Atlanta in the Camping World Truck Series last year after blowing an engine on the 59th lap. He started his 2016 NCWTS season off slow until a third-place finish in the third race at Martinsville jumpstarted a run of three wins in his next five races. Byron led the NCWTS standings for the majority of the season before engine trouble knocked him out of the playoffs at Phoenix when he was dominating the race.

“Hopefully the (Atlanta) weekend goes smooth and we can get a good finish,” Byron said. “My team brought me a fast Chevrolet to the track last weekend and we had a fast Chevy at the Atlanta test, so I know we will have a great weekend.”