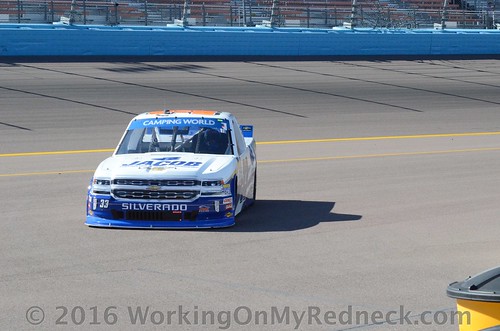 The youth movement in the NASCAR Camping World Truck Series showed no signs of slowing down in the season-opener at Daytona International Speedway.

Sunoco Rookie of the Year contender Kaz Grala – 18 years, 1 month and 26 days old – navigated his way through a wreck on the backstretch on the final lap, then sped away to the finish line to become the youngest-ever NASCAR national series winner at Daytona. He’s the fifth teenage driver to win a NCWTS race since 2014.

“Atlanta will be my first 1.5-mile race ever, so I don’t know exactly what to expect,” Grala said. “Luckily, the win at Daytona put us in a solid position to start our season, but now our mission is to accrue as many stage wins and race wins as possible for playoff points.”

Grala made nine career NASCAR Camping World Truck Series starts – all in 2016 – prior to his Daytona triumph with top finishes of seventh at New Hampshire and eighth at Gateway.

“If we have another clean race, I’m sure we will find ourselves in a great position,” Grala said. “Execution is the word for the rest of the season.”