Haas F1 Team’s 2017 challenger in the FIA Formula One World Championship, the VF-17, made its official debut today via the organization’s social media platforms and website. It hits the track Monday for the first day of preseason testing at Circuit de Barcelona – Catalunya.

The VF-17 follows the team’s very first car, the VF-16, which carried Haas F1 Team to an eighth-place finish in the 2016 constructor standings. Twenty-nine points were scored by the VF-16 during Haas F1 Team’s inaugural season, the largest points haul of any new Formula One team in this millennium.

Incorporating “VF” into the name of the car is a nod to the history of Haas Automation, the team’s title sponsor. The first CNC machine manufactured by Haas Automation was the VF-1 in 1988. The “V” stands for vertical, which is an industry standard designation for a vertical mill. Gene Haas, founder of Haas Automation, added “F1” to the name to unofficially designate it as the company’s “Very First One”.

As chairman of Haas F1 Team, the “F1” moniker of that first machine takes on added significance as Haas prepares for its second Formula One season.

“Being a Formula One participant brings a level of credibility that you just won’t get through traditional advertising,” says Haas, whose entry in 2016 became the first American Formula One team since 1986. “People are kind of ‘show me’ people, like show me what you can do and then I’ll believe in you. That was the initial concept – to convince people of our ability to do things others can’t, and I think that translates into being a machine tool builder. 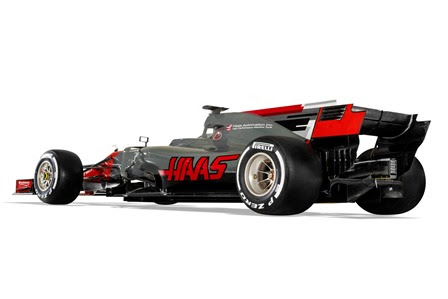 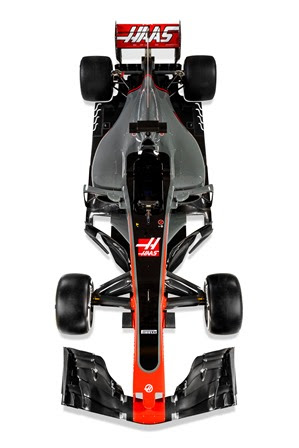 “I think the pedal box is the same, but all the rest is very different from last year’s car,” said Guenther Steiner, team principal, Haas F1 Team. “You always try to make a faster car, which is normally a lighter car. Now we can put on more ballast and get better weight distribution. The aero is completely new, as are the tires, so we needed to have some built-in adjustability.

“Aesthetically, the car has a more aggressive look. It’s lighter and more aerodynamically efficient. Everything we learned from our first car has been applied to our new car.”

The colors from the original car were carried over to the VF-17, but the overall scheme is different. A dark gray makes up the majority of the livery, with tones of red, black, white and light gray incorporating the look of Haas Automation’s complete line of vertical and horizontal machining centers, turning centers and rotary tables and indexers. Approximately 1,300 employees encompass Haas Automation, with the Oxnard, California-based company exporting its machines to more than 60 countries. The VF-17 showcases Haas Automation’s commitment to technology and innovation to a passionate, global audience.

The VF-17 tests at Barcelona Feb. 27-March 2 and again March 7-10 before the season-opening Australian Grand Prix March 26 in Melbourne.

Haas F1 Team debuted in the FIA Formula One World Championship in 2016, becoming the first American Formula One team since 1986. Founded by industrialist Gene Haas, Haas F1 Team is based in the United States on the same Kannapolis, North Carolina, campus as his championship-winning NASCAR team, Stewart-Haas Racing. Haas is the founder of Haas Automation, the largest CNC machine tool builder in North America, and he is chairman of Haas F1 Team.

Haas Automation, Inc., is America’s leading builder of CNC machine tools. Founded by Gene Haas in 1983, Haas Automation manufactures a complete line of vertical and horizontal machining centers, turning centers and rotary tables and indexers. All Haas products are built in the company’s 102,000 square-meter (1.1 million square-foot) manufacturing facility in Oxnard, California, and distributed through a worldwide network of Haas Factory Outlets that provides the industry’s best sales, service and support while offering unparalleled cost-to-performance value. For more information, please visit us on the Web at www.HaasCNC.com, on Facebook atwww.Facebook.com/HaasAutomationInc, on Twitter @Haas_Automation and on Instagram @Haas_Automation. 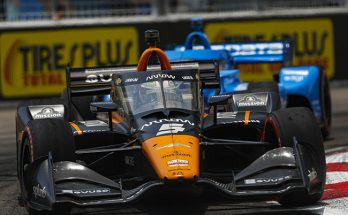 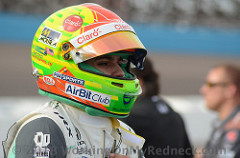