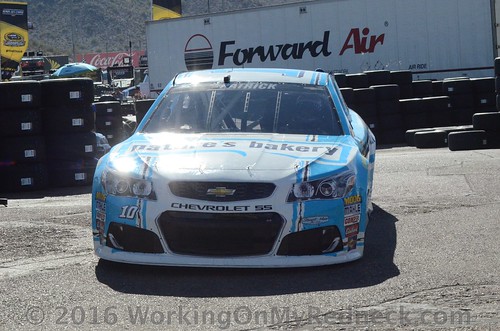 Nature’s Bakery’s counter claim to the breach of contract suit brought against it by Stewart-Haas Racing asserts that the NASCAR team “could not control” driver Danica Patrick as she promoted competing products on social media.

The response in North Carolina superior court claims that SHR had promised at least “four times return” on its annual $15.2 million investment from “Danica Patrick, a social media megastar with massive crossover appeal.” Nature’s Bakery products were to be the exclusive “on-the-go” food of Patrick and the team.

SHR claimed in its lawsuit seeking in excess of $31 million that Nature’s Bakery began asking for relief from its obligations early in the three-year deal and received various forms of assistance from the team.

According to Nature’s Bakery’s response, “SHR could not control Patrick’s performance, particularly as to her social media, which Patrick often refused to use to promote Nature’s Bakery. Nor could SHR guarantee exclusivity for Nature’s Bakery’s brand in category of on-the-go foods because Patrick was already endorsing a protein bar made by one of Nature’s Bakery’s competitors, Six Star Pro Nutrition (“Six Star”). It was as if Michael Jordan decided to wear Adidas while being paid by Nike.”

The response claims SHR failed to provide “guidance” for the new NASCAR sponsor or work toward a mutually acceptable resolution, adding that “sales related to the sponsorship were flat and the brand had little faith that 2017 or 2018 would be any different.”

Nature’s Bakery, in the second year of a three-year deal, terminated the contract on Jan. 19. It was to sponsor up to 20 Cup Series races this season.