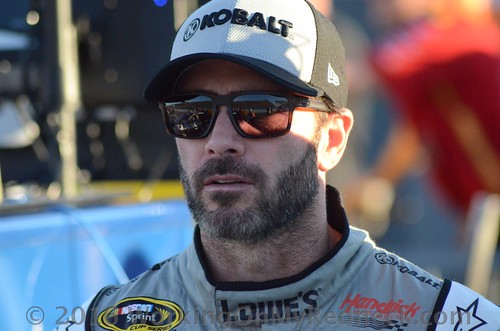 Dale Earnhardt, Jr. has been the biggest personality in NASCAR for more than a decade. He’s clinched the fans’ most popular driver vote for 14 straight years. His merchandise sales lap the competition annually, and he’s been the highest-paid driver in the sport for eight straight years.

But concussion symptoms caused Earnhardt to miss the final 18 races of the 2016 season and the prize money that comes with it, ending his run as NASCAR’s top-earner (Jeff Gordon was the last driver to surpass Earnhardt). Jimmie Johnson takes the title as NASCAR’s highest-paid driver in 2016 after he clinched his record-tying seventh Cup championship with a win at Homestead-Miami Speedway in the final race of the season. Johnson earned $21.8 million by Forbes’ count from salary, bonuses, prize money, endorsements and licensing.

Winning the Cup isn’t nearly as lucrative as it used to be. Johnson and his Hendrick Motorsports team earned a $1.9 million Sprint Cup bonus, while the 2015 bonus was $4.7 million for champion Kyle Busch. Blame the new charter system, which has created more parity in the distribution of purses and bonuses.

The contracts for Johnson and his longtime car sponsor, Lowes, are both up in 2017, but expect at least two-year extensions for both with a decent chance of three for the 41-year-old Johnson, as he shoots for an eighth title to break his tie with Richard Petty and Dale Earnhardt, Sr.

Johnson’s earnings are supplemented by personal sponsorship deals with Gatorade, Chevrolet, Seiko, and Blue Bunny. He’s put some of those riches back into his foundation, which has doled out $9.5 million since 2006 to help children and families in need. The current focus is on K-12 public education.