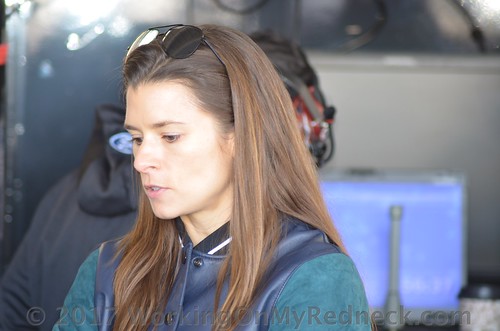 Just over a week after Stewart-Haas Racing stated they were “in discussions” with Nature’s Bakery about this season’s sponsorship of Danica Patrick, the Associated Press reports SHR has filed a breach of contract lawsuit against the company.

The lawsuit was filed Friday and accuses Nature’s Bakery of refusing to pay millions of dollars that it owes to the team. Furthermore, the suit says Nature’s Bakery sent a letter to SHR on Jan. 19 terminating the sponsorship agreement and that they have missed several scheduled deadlines to pay.

Nature’s Bakery was scheduled to sponsor Patrick’s No. 10 Ford in at least 20 Monster Energy NASCAR Cup Series races this year, after originally signing a three-year deal with SHR in late 2015 to be a primary sponsor through 2018.

“Nature’s Bakery is in material breach of its contract with Stewart-Haas Racing,” the company said in statement. “It is an unfortunate situation, as the team has delivered on all aspects of its contract and was prepared to do so again in 2017. Ultimately, this is a situation that will be resolved in a court of law.

“Stewart-Haas Racing remains focused on its preparation for the 2017 NASCAR season where it will again field four entries in the Monster Energy NASCAR Cup Series while also introducing a full-time NASCAR Xfinity Series team. The ligation with Nature’s Bakery will not impact the organization’s on-track efforts.”

The AP also reports the lawsuit shows SHR accusing Nature’s Bakery of concocting “a scheme to avoid further payments” by claiming Patrick was endorsing competing products and was not using her social media channels to promote Nature’s Bakery.

Instead of appearing for her media obligations in her blue and white Nature’s Bakery uniform, Patrick donned a Tax Act firesuit. Her social media accounts have also been recently updated with pictures of Patrick in her Tax Act uniform as well the No. 10 wrapped with Tax Act sponsorship.

Could we be seeing the beginning of the end of Danica Patrick’s NASCAR career?  Could it be that SHR may face further difficulties in securing the requisite dollars that would secure her ride this year and in the future in NASCAR, or is this just a bump in the road for her?

One Comment on “More On Danica Patrick’s 2017 Sponsorship Woes”