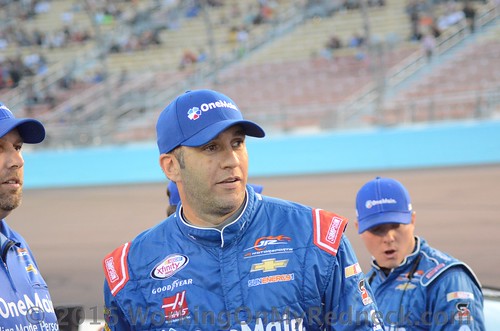 JR Motorsports and Pinnacle Foods’ Armour brand have agreed to a multi-year partnership extension, the team announced today.  A JRM partner since 2014, Armour will have primary branding in four races with Elliott Sadler and the No. 1 team in each of the next two NASCAR Xfinity Series seasons.

Pinnacle Foods is a leading producer, marketer and distributor of high-quality branded food products, and its brands can be found in more than 85 percent of American households.  Celebrating its 150th anniversary in 2017, the Armour brand specializes in canned meats and includes Vienna sausages, chili, luncheon meat, beef stew and more.

“Armour’s commitment to JR Motorsports over the last three years has been a vital part of what we’ve accomplished in that time,” said Kelley Earnhardt Miller, general manager of JR Motorsports.  “We’ve had a great relationship since they first came on board, but there is still more we want to achieve together.  We’re looking ahead to continuing this partnership, and there’s no doubt Elliott will be a strong brand ambassador for them.”

In addition to primary races with Sadler and the No. 1 team at Bristol Motor Speedway (April 22), Charlotte Motor Speedway (May 27), Daytona International Speedway (June 30) and Darlington Raceway (Sept. 2), Kasey Kahne will carry Armour colors with the No. 88 entry at Talladega Superspeedway (May 6) in 2017.  The brand will also receive associate placement on William Byron’s No. 9 entry and JRM team cars in the 2017 and 2018 seasons.

“Pinnacle Foods is excited to extend our partnership with JR Motorsports and is looking forward to celebrating Armour’s 150th anniversary with the NASCAR fans and our partners both on and off the track. As we approach another two years with JR Motorsports, we are excited to be working with Elliott Sadler, Kasey Kahne and William Byron during the next two years,” said Eric Hintz, vice president of marketing, Pinnacle Foods.

The announcement also marks a reunion for Sadler and Armour, as the Virginia native previously drove the Armour entry in NXS competition in 2011.

ABOUT JR MOTORSPORTS:
JR Motorsports is the management company and racing operation for Dale Earnhardt Jr., NASCAR’s 14-time Most Popular Driver and winner of more than 40 NASCAR-sanctioned races.  Now in its 16th year of overall competition, JR Motorsports races in multiple divisions, including the NASCAR Xfinity Series where it won a championship in 2014.  The company also competes in Late Model competition and owns three championships in regional late model divisions.  To learn more about the organization, its drivers and its sponsorship opportunities, visit www.jrmracing.com.