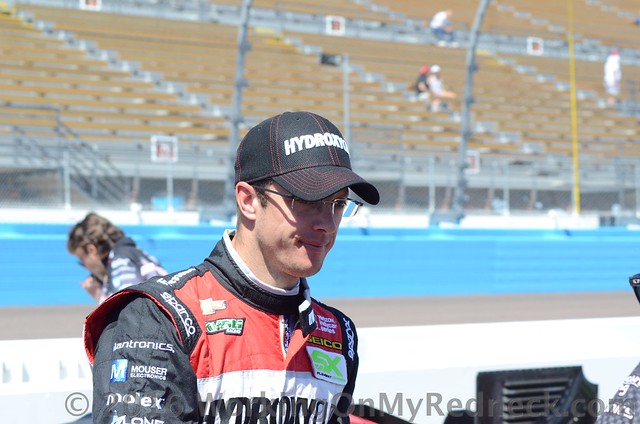 Heading into today’s Rolex 24 at Daytona International Speedway, Sebastien Bourdais is prepared to drive Ford’s famous GT supercar in the twice around the clock event with co-drivers Joey Hand and Dirk Mueller. But after the checkered flag falls, he’s open to taking a spin in a stock car on one of NASCAR’s road courses, he confided on Friday.

He had his chance once before, with an opportunity appearing after runs in the now-defunct IROC (International Race of Champions) Series, but he took a pass rather than jump the open-wheel ship. Instead, Bourdais followed his dreams into Formula 1, and although the 37-year-old former CHAMP Car sensation didn’t have the championship success he’d hoped for, he knew if he hadn’t done so he’d always question himself.

When asked if he would consider driving in a one-off event, such as Mid-Ohio Sports Car Course in the Xfinity Series or one of the two road courses in the Monster Energy NASCAR Cup Series, he said anything is possible if team owners wanted to approach him with an offer.

“I guess on road courses, that’s probably not out of the equation,” he said. “Yeah, I’m Mr. Touch Anything He Can Get His Hands On, so I would be definitely interested in trying that if the right opportunity comes along.”

However, for anyone who might think that Bourdais was out glad-handing team owners in a chance to convince them they should put him behind the wheel, that’s not the case. Yes, he is interested but now that his desire is known, he is content with sitting back and seeing if someone is interested in him.

Considering Bourdais is driving in the Rolex 24 for Chip Ganassi Racing and was part of the CGR winning contingent at his hometown race of Le Mans this past year, he wouldn’t have to go far to secure a ride. A stroll across the shop floor could potentially give him the shot he wants in NASCAR. But would Ganassi, who has a full-time Xfinity Series team with driver Brennan Poole, be interested in giving him that ride?

“I would never say never,” Ganassi said. “If an opportunity arose and we had an extra car or something we might look at an opportunity like that but it is not on our immediate radar screen. We’ve always had all of our drivers available to drive any of the cars they want to drive. You know if you’re a racecar driver, you’re a racecar driver. We’ve always had those opportunities in the past and we will probably have them in the future.”

Would some NASCAR team owner be interested in putting Bourdais into a 3400 lb. “door slammer”  on a road course to see if he could be competitive in NASCAR?  That is a very interesting proposition to mull over!