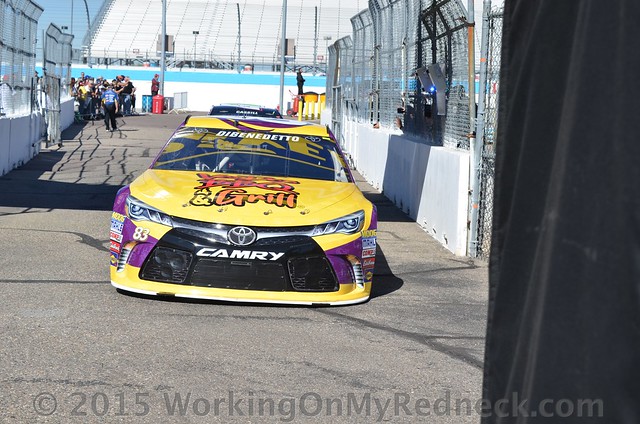 BK Racing is still determining the fate of one of its charters a month away from the Monster Energy NASCAR Cup Series season.

Granted two charters under the business model NASCAR implemented going into 2016, a spokesperson for the team has said that the No. 23 Toyota will use its charter “for sure” in 2017. Joey Gase will drive the car in the season-opening Daytona 500 on Feb. 26, as well as in two other races this season with backing from Best Home Furnishings. Gray Gaulding was announced Tuesday as the primary driver. Dr. Pepper will remain with the team as the sponsor.

However, the charter for the No. 83 Toyota (pictured) is still to be determined.

On Wednesday, Corey LaJoie was announced to run multiple races in the No. 83 this season. LaJoie is the son of two-time Xfinity Series champion, Randy LaJoie. Dustless Blasting will sponsor the car when LaJoie makes his third career start in the Daytona 500.