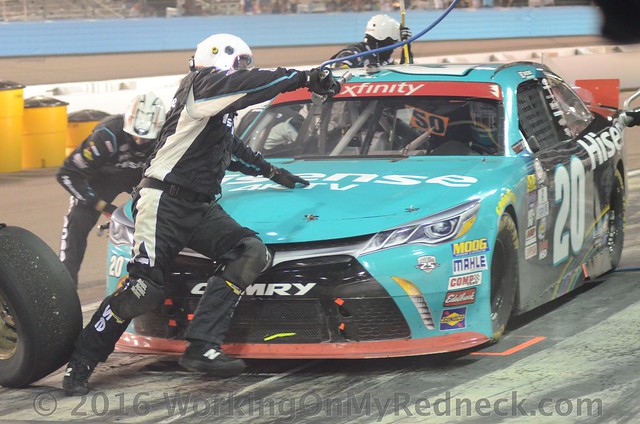 NASCAR, in collaboration with industry stakeholders, announced today an enhanced competition format that will be implemented in all three of its national series – the Monster Energy NASCAR Cup Series, the NASCAR XFINITY Series and the NASCAR Camping World Truck Series.

Increasing the sense of urgency and emphasizing aggressive racing and strategy, the race format will deliver more dramatic moments over the course of an entire race and season, with playoff point incentives on the line throughout.

The enhanced format consists of the following:

“Simply put, this will make our great racing even better,” said Brian France, NASCAR chairman and CEO. “I’m proud of the unprecedented collaboration from our industry stakeholders, each of whom had a common goal – strengthening the sport for our fans. This is an enhancement fully rooted in teamwork, and the result will be an even better product every single week.”

“These are enhancements that the NASCAR fan has long sought, and the entire industry has worked hard to develop a better racing format for our fans,” said Steve O’Donnell, NASCAR executive vice president and chief racing development officer. “This format puts a premium on every victory and every in-race position over the course of the season. Each point can eventually result in winning or losing a championship.”

On first look this may appear to be somewhat confusing, but I do believe that once we get to Daytona, Atlanta and Las Vegas, and see thow these changes work in reality, that we will see what the powers to be in NASCAR are trying to do.  After closely scrutinizing this plan I believe that this change will eliminate the boredom that somethimes occurs in the middle of the race, when it is a singel file line of follow the leader!  This sahkeup in the point system may inject some excitement into the race in areas that was deficient previously.

For all the “traditionalists”, I would argue to give this new “enhancement” a few races to see how it will all play out.  You might see that this will add excitement and competition throughout the entire race, thus making it much more interesting for the entire race, not just the final 20-30 laps!