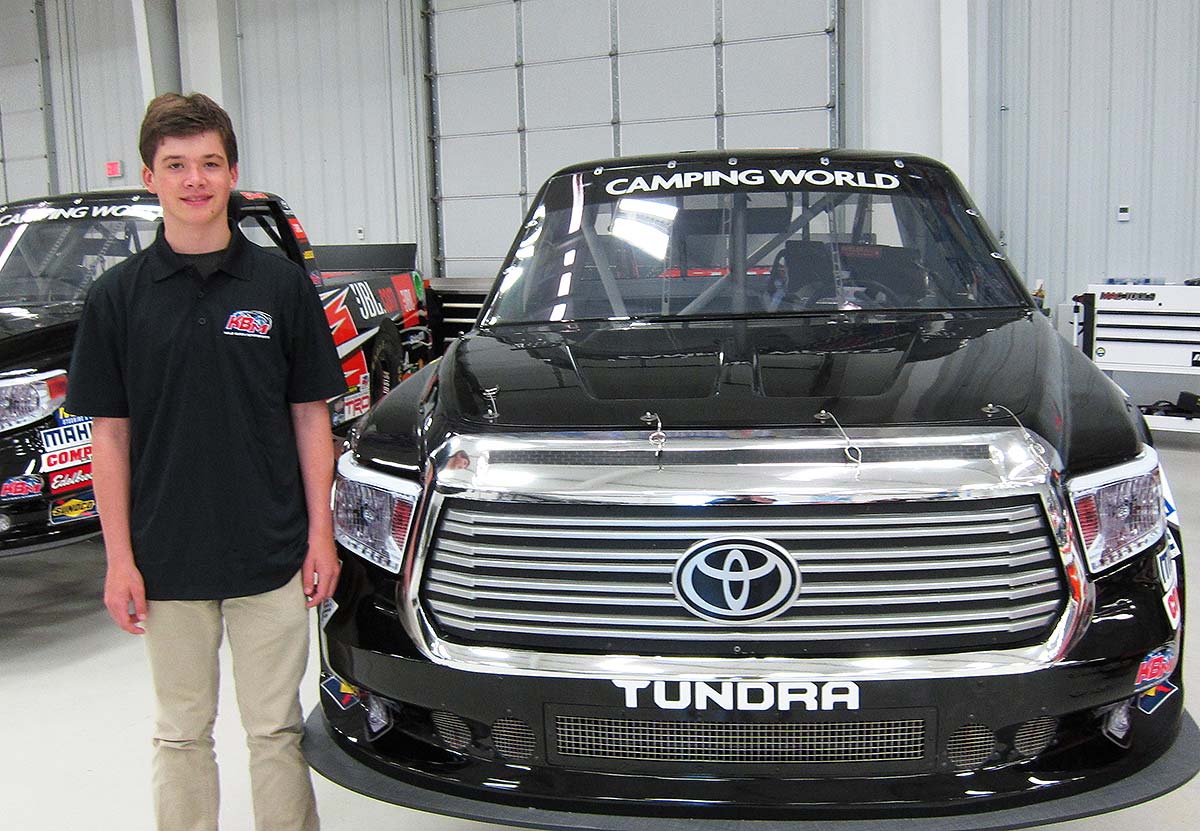 Kyle Busch Motorsports (KBM) announced today that 16-year-old Harrison Burton will compete in six NASCAR Camping World Truck Series races behind the wheel of the KBM No. 51 Tundra in 2017.

The NASCAR Next product competed full-time in the NASCAR K&N Pro Series East in 2016, earning one pole and a seventh-place finish in the final point standings as a rookie. Burton collected three Super Late Model victories this year, including a Southern Super Series victory at Five Flags Speedway in Pensacola, Fla., and also earned a third-place finish in his ARCA Racing Series debut at Iowa Speedway in Newton.

Burton, the son of former NASCAR driver Jeff Burton, made his Truck Series debut with KBM at Martinsville in October of 2016. After qualifying 17th, Burton methodically maneuvered his way through the field and was running in the ninth position just past the halfway mark of the event when he got spun from behind and ended up losing a lap while he was stuck on the curb. He ended the event with a 22nd-place finish, but earned the praise of KBM owner Kyle Busch.

“Harrison did a really nice job in his Truck Series debut at Martinsville this year and we are excited to be able to bring him back for a six-race schedule in 2017,” Busch said. “I think everyone at KBM was really impressed with how he handled himself on and off the track throughout the weekend at Martinsville and in the end, he was able to bring the truck back in one piece — which isn’t an easy task for a young driver at that track. We look forward to being a part of his continued development next season.”

“I honestly feel like I have hit the jackpot by signing with a championship-caliber team like Kyle Busch Motorsports,” Burton said. “”Having raced in Martinsville last season with KBM, I understand the strength of the team and have complete confidence that they can provide me with great race trucks while making my transition into the Truck series as smooth as possible.”

The talented youngster’s list of racing accomplishments includes three Quarter Midget championships, winning the pole for a Pro Late Model race at the age of 11 and wining a race at the age of 12. In 2015, he became the youngest driver ever to compete in the K&N Pro Series West race (15 years, eight days old) and earned a sixth-place finish in the event. In 2014, he became the youngest winner in NASCAR Whelen All-American Series history with a victory at New Smyrna (Fla.) Speedway.

An announcement of the final driver that will share driving duties behind the wheel of the No. 51 Tundra with Burton (six races), Busch (five races) and Todd Gilliland (four races) is forthcoming as well as an announcement on Burton’s sponsors.

It appears that KBM is gathering up a plethora of young talent and giving them a chance to shine under the banner and tutorship Kyle Busch Motorsports.  Keep your eyes on the crop of young talent that KBM has assembled for 2017, especially watch Noah Gragson (18 years old), Harrison Burton (16 years old) and Todd Gilliland (16 years old).  There still may be a couple of more young guns that KBM garners to fill up the remaining seats in their stable for 2017.  These three drivers may be just a few short years away from racing on Sundays in “The Big Show”!

You may be watching another Erik Jones or William Byron emerging into the spotlight!