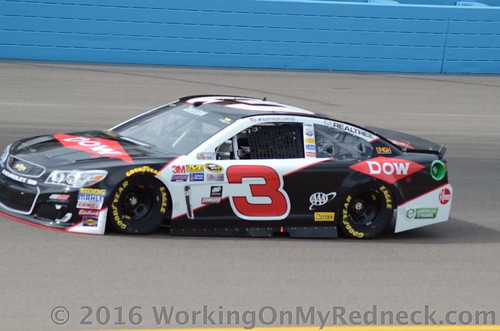 With the addition of rookie driver Daniel Hemric, RCR will operate five entries out of its XFINITY Series stable. The #2 and #3 Chevys in the XFINITY Series will include multiple drivers. Austin Dillon and Paul Menard will be primary drivers for the #2 Chevy, with second-year crew chief Justin Alexander atop the pit box.

Ty Dillon will remain with the #3 Chevy team and will partner with rookie crew chief Matt Swiderski, who has spent 10 years at RCR in its engineering department. Swiderski made his debut as crew chief last season at Homestead-Miami Speedway, where he led the #3 team to a second-place finish.

Additional drivers for RCR’s #2 and #3 teams will be named at a later date. Brandon Jones and Brendan Gaughan return with full-time driving duties of the #33 and #62 Chevys, respectively, and will compete for the XFINITY Series driver championship.

Jones and veteran crew chief Nick Harrison will be paired together, while Gaughan returns with his long-time crew chief Shane Wilson for their 12th season together.

In 2017, RCR will welcome back the storied #21 entry with Daniel Hemric behind the wheel. Hemric and two-time NASCAR championship winning crew chief Danny Stockman will work together as Hemric competes for Sunoco Rookie of the Year honors and the XFINITY Series driver championship.