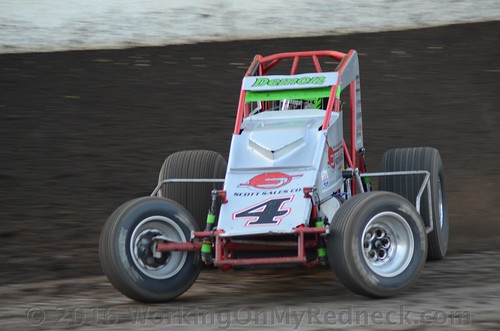 Heading into its ninth season, the cars and stars of the USAC West Coast Sprint Car Series are set for 18 nights of action at seven race tracks next year.

Opening with the two-day Outlaw Showdown at Las Vegas on March 9, the traditional 360 sprint cars will close out the schedule with Ventura’s two-day Turkey Night Grand Prix on Nov. 23. The Ventura stop will be a non-point affair.

The Dirt Track at Las Vegas Motor Speedway will host the season opener on March 9-10. Co-sanctioned with the USAC Southwest Sprint Car Series, the Outlaw Showdown is held during NASCAR weekend and also features the World of Outlaw Craftsman Sprint Car Series.

Tulare’s Merle Stone Chevrolet Thunderbowl Raceway will host four dates on the schedule. Promoted by Steve Faria, the lightning fast third-mile oval will first showcase the USAC West Coast Sprint Car Series alongside the World of Outlaws on March 17-18. The Peter Murphy Classic will be held on April 22 and the Chris and Brian Faria Memorial is scheduled for May 20.

Located at the Ventura County Fairgrounds, Ventura Raceway has four events on the calendar. Promoted by Jim Naylor, the track will host races on June 3 and July 8 along with the non-point events during the 77th running of the Turkey Night Grand Prix on Nov. 22-23. The November finale will also showcase the USAC National and Western States Midgets.