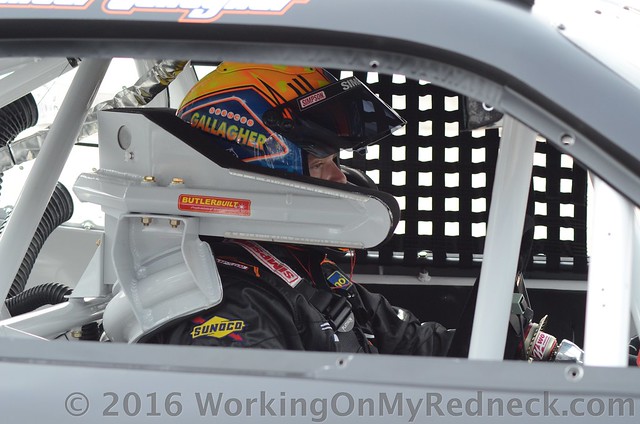 Statesville-based Gallagher Motorsports Racing (GMS) announced that, beginning in 2017, the team will compete full-time in the NASCAR XFINITY Series (NXS) with driver Spencer Gallagher. The Las Vegas native will continue to the pilot the No. 23, a number that he has raced since 2006 in honor of former NASCAR driver TJ Clark and his son, Spencer Clark.

Gallagher began racing at the age of 12 in Legends Cars at the Las Vegas Bullring to kick off his climb through the racing circuit. Gallagher has been with GMS since 2014, first competing in the ARCA Racing Series and most recently the NCWTS. Over three seasons and 58 starts, Gallagher earned three top-fives, 15 top-10 finishes, and two pole awards.

“I am really excited about running full-time in the XFINITY Series,” said Gallagher. “I made my XFINITY debut this year and we learned a lot as an organization. Though I have raced against some of these drivers, I know the competition is going to be much more competitive so I need to be focused and on my “A” game all year.  For next year my plan is to continue and grow this program, be consistent and make the Chase.”

Additional details regarding sponsorship and crew chief will be announced at a later date.