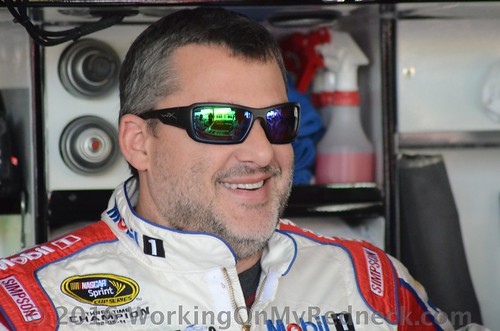 Tony Stewart said his 2017 racing schedule is coming together, announcing two dates and hinting at other possibilities.

Stewart, who has retired from driving in NASCAR but will compete in plenty of races in other series, talked about his 2017 schedule during Tuesday night’s “Tony Stewart Live’’ on SiriusXM NASCAR Radio.

“The sprint car schedules are starting to come out, but the cool thing is I’ve kind of put it off a little bit because we’ve had some really interesting e-mails and phone calls from car owners,’’ Stewart said on the show.

“There’s a possibility I might have an offer to go race at Le Mans next year, which I never thought I would have an opportunity to do that. I had a conversation with a car owner about possibly running this year’s Rolex 24 at Daytona. There’s a lot of cool stuff and the fun part is kind of not exactly knowing yet what we’re going to do.

Stewart will compete in the Tony Stewart Presents the Texas Sprint Car Nationals April 7-8 at the dirt track at Texas Motor Speedway.

Stewart said he has had some tracks reach out to him to race at their facility.

“We’ve got some tracks that have been trying to get us to run the sprint cars already,’’ Stewart said. “Some of them we’re going to and some of them maybe not. We’re going to pick the races that we want to go to. We’re doing this to have fun. We’re just going to pick and choose where we go and what we race.’’

It will be very interesting to see which tracks Stewart decides to race his sprint cars at.  It may also be equally interesting to see how much the promoters are willing to pay him to bring his equipment to their race tracks!  Smoke says that he’s doing this, racing sprint cars, for fun- but he is definitely not doing it for free!