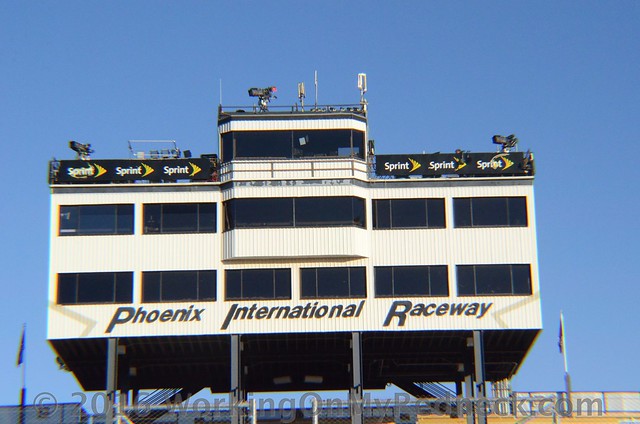 The plans include new and upgraded grandstands, added structures for competitors and sponsors in the infield area, more RV parking and new steel and metal exteriors. ISC will pay for the upgrades without seeking help from taxpayers.

PIR President Bryan R. Sperber said in a statement that the changes will enhance the experience for both fans and competitors.

“The racetrack itself will remain unchanged as one of the most exciting circuits in motorsports, but we will modernize much of the venue and provide our fans with a high-quality, leading-edge experience,” he said.

PIR was built in 1964 and is owned and operated by ISC, which either owns or operates 13 speedways nationwide, including Daytona International Speedway and Talladega Superspeedway.

“Phoenix Raceway provides a one-of-a-kind setting for some of the most exciting and thrilling races that the sport has to offer,” said ISC Chief Executive Officer Lesa France Kennedy. “This project will further enhance that experience and ensure that the venue continues to be a treasured destination for race fans.”

The $178 million renovation project is expected to start in early 2017 and should finish by late 2018, according to the statement from ISC.

The start and finish line also will move under the new plan to the area between Turn Two and the following bend, according to Michael Knight, a motorsports industry analyst and contributor to azcentral sports.  Check out the proposed new look configuration of the finished project for the race track!

Elevated RV parking will replace the existing grandstand along the current start and finish line, according to renderings of the renovation. The upgrade also includes new concourses and stairs.

Avondale Mayor Kenneth Weise said the project is good news for the city.

“The plans are pretty incredible, the renovation of the grandstands, the new RV parking, I think it’s all good news,” Weise said. He added that he hopes parts of old grandstands will be sold as memorabilia.

There have been changes to PIR over the years, including in 1987, when lightning struck the track’s main grandstand, burning most of it to the ground.

In 2011, PIR’s racetrack was repaved into a reconfigured 1-mile oval for about $10 million.

Avondale spent $7.2 million to connect the city’s water and sewer system to the track and build the foundation for a sports and entertainment district, a project included in the General Plan 2030 approved by Avondale voters in 2012.

Weise said the city has approved zoning for the new upgrades.

PIR holds two NASCAR Sprint Cup Series weekends per year, in March and in November, and an IndyCar series races in April. These weekends of races attract more than 200,000 people, according to the Arizona Commerce Authority.

More details on the redevelopment project are expected in January 2017.