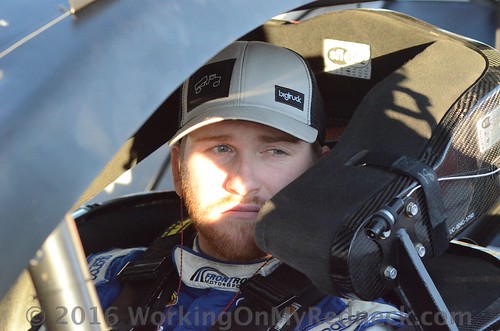 Greg Biffle’s decision to leave Roush-Fenway Racing Monday triggered a chain reaction that will include the slumping racing company, RFR, loaning driver Chris Buescher to a rival manufacturer next season.  This might be the first time that a NASCAR team has loaned out one of their under contract drivers to a rival manufacturer’s team.

Buescher will drive for a newly-created second Chevrolet team at JTG Daughtery Racing in 2017. Roush Fenway is expected to scuttle Biffle’s No. 16 team, and that could make that team’s charter available to the highest bidder – including the new JTG Daughtery entry.

Despite fielding fulltime teams for Biffle, Ricky Stenhouse Jr. and Trevor Bayne, Roush Fenway hasn’t won a race since 2014. By loaning Buescher to JTG Daugherty next year, Ford Racing will be able to work on upgrades with Roush Fenway while keeping one of its young drivers under contract.

I have to say that Buescher going to the newly formed second team of JTG/Daugherty Racing was huge curve ball!