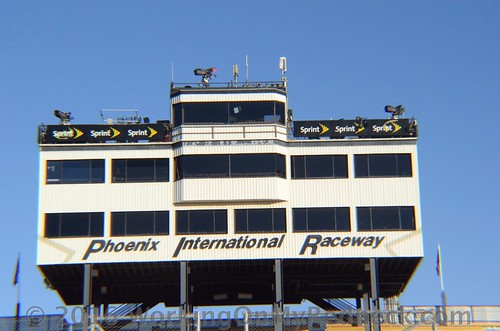 Phoenix International Raceway has submitted renovation plans that includes moving the start/finish line to what is now Turn 2, although NASCAR says nothing has been finalized on that matter.

The track submitted a site plan for expansion last week to the city of Avondale, Arizona, Brett Harris, chief building official, confirmed to NBC Sports. Construction is expected to begin in 2017 and end in late 2018.

Harris said his office typically takes about three weeks to review such plans. Once approved, track officials will be able to submit construction documents. Harris noted that changes still could be made by the track.

Among the changes in the track’s submitted plan (Click here to see the plans):

— The start/finish line is shown to be in what is now Turn 2.

— All the frontstretch grandstands would be eliminated and replaced by an elevated RV parking lot and have additional parking behind it.

— The Allison grandstand in Turn 2 will be extended to go through the entire turn.

— Pit road will be moved closer to the infield and have a tighter radius. That will allow additional space between the track and pit road.

—There would be five new garages for competitors.

— The media center would be moved from its present location across from the current start/finish line to just beyond Turn 2.

— The infield care center would move from behind the current media center to between what is now Turns 3 and 4.

— Victory Lane would be moved behind pit road to spot between what is now Turns 1 and 2.

Dan Houser, executive vice president and chief financial officer of ISC, said during a conference call with investor analysts last month that the company plans to spend $500 million in capital expenditures from 2017-21. ISC budgeted $600 million for capital expenditures (with $400 million set aside for the Daytona renovations ) over a five-year period that began in 2013.

“Everyone who follows ISC knows we are in a capital intensive business and that our long-term core business success depends on hosting events at facilities that meet the expectations of today’s leisure and sports entertainment audience,’’ Houser said on the conference call.

John Saunders, president of ISC, also addressed plans for Phoenix in that same conference call, saying: “Phoenix is wore down; it’s got bad seating, and it needs to be upgraded. And so we went through a process, management went through a process that we shared with our Board back in 2013 where we evaluated our facilities and what kind of master planning they needed, what kind of infusion they would need over extended period of time. And so, there is a priority — prioritization is going on. And Phoenix is sort of next in line.’’

As Bob Dylan once sang,”The changes they are a coming!”