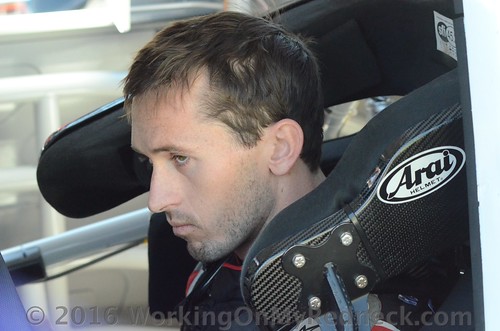 Long Night at Phoenix Results In Career-Best Finish For Kennedy

The Daytona Beach, Fla., native started the event from the 18th position and reported to crew chief Joey Cohen that his JACOB Companies Chevrolet was way too loose on entry. When the second caution of the night occurred on lap 13, Cohen brought Kennedy to pit road for right side tires, fuel and a chassis adjustment. He returned to the track in the 25th position for the lap 21 restart. Kennedy advanced into the top 15 by lap 40 and was running in the 15th position when caution occurred on lap 63. Cohen called his driver to pit road for four tires, fuel and a chassis adjustment to help with a free-on-entry condition. Following another caution shortly after the restart, Kennedy was able to work his way toward the top 10. He patiently progressed to reach the 10th position on lap 139, just before the final caution of the race. With four laps remaining on the restart, Kennedy gained one position to finish ninth.

The result was not enough to advance Kennedy and the No. 33 JACOB Companies team into the Championship 4 round of The Chase for the NASCAR Camping World Truck Series Championship at Homestead-Miami Speedway.

BEN KENNEDY QUOTE:
“This definitely wasn’t our round for the Jacob Companies team. Just kind of missed it all three races and I know it’s unfortunate, but at the same time, it’s cool to be a part of this Chase and make this far. We made it to the last race before the finale, which I think is pretty neat. Just missed a little bit tonight, but we’ll go to Homestead and try to win that.”

NEXT RACE:
The NASCAR Camping World Truck Series returns to the track on November 18 at Homestead Miami Speedway.