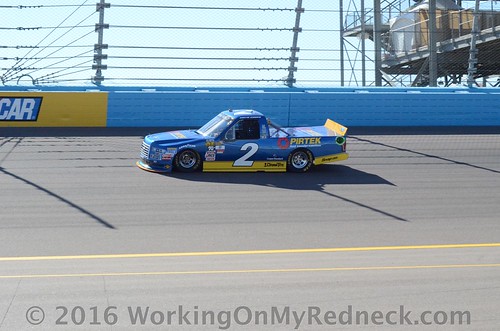 Brad Keselowski Racing announced today that driver Austin Cindric, son of Tim Cindric President of Team Penske, will compete full-time for the organization in the NASCAR Camping World Truck Series (NCWTS) in 2017 piloting one of the Team’s Ford F-150 entries.

“One of the things we wanted to do at BKR is give talented young drivers an opportunity to take the next step in their career,” said team owner Brad Keselowski.  “Austin Cindric has already had success in various forms of racing and he has shown a lot of potential in our truck. We’re happy to give him an opportunity to compete full-time at a high level in NASCAR next season.”

Cindric, 18, has five NCWTS series starts dating back to Martinsville (Va.) Speedway in October 2015 – all with Brad Keselowski Racing.  He has made three starts to date with BKR in 2016, qualifying a career-best second at Canadian Tire Motorsport Park (Bowmanville, Ontario) and will compete for the Statesville, N.C., based organization in the Lucas Oil 150 Friday night at Phoenix (Avondale, Ariz.) International Raceway.   Cindric scored victories in the Sept. 23 ARCA Racing Series race at Kentucky Speedway and in the NASCAR K&N Pro Series East events at Watkins Glen (N.Y.) International and Virginia (Danville, Va.) International Raceway.

“This is a massive opportunity from Brad and everyone at BKR who trust me and believe in my abilities as a driver to move on to the next level for a full season,” said Cindric.  “The number one thing is you’ve got to get results on the racetrack, and that’s something that BKR has done consistently year after year. One of the things I’ve learned in my short career is that it’s all about people.  You must have good equipment, but you can’t have success without good people, and they definitely have that.”

The specifics of Cindric’s 2017 BKR program, including sponsor partners, will be announced at a later date.