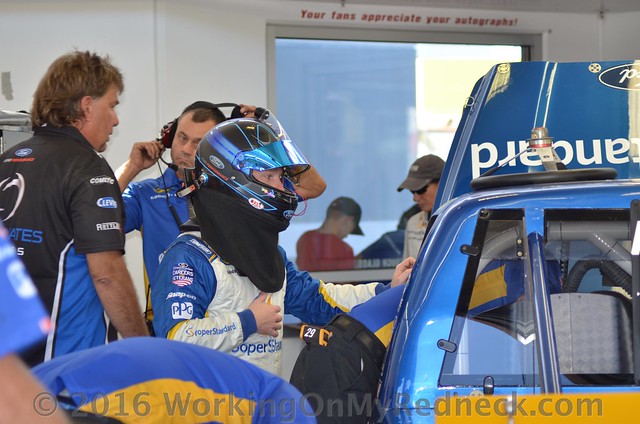 Tyler Reddick confirmed Wednesday on SiriusXM NASCAR Radio that he will not return to Brad Keselowski Racing next season, ending a three-year tenure with the team owned by the 2012 NASCAR Sprint Cup Series champion.

“It’s going to be a shame I’m not going to be there next year, but I’ve really enjoyed the time I’ve spent there,” Reddick told SiriusXM. “Hopefully I can repay them with two more wins to add to the list.”

Reddick did not announce his 2017 plans.

In 61 races, which includes two full-time seasons, Reddick has won three times and logged 24 top-five finishes and 39 top 10s. His first victory was the 2015 season-opener at Daytona, setting the tone for a memorable year in which Reddick never dropped below third in the points standings.

Battling Erik Jones and Matt Crafton all year, Reddick would finish second to Jones in the championship point battle.

Deemed a title contender by many entering 2016, Reddick did not find the same success as the previous year. The driver did not qualify for the inaugural eight-driver NASCAR Camping World Truck Series Chase, although he did win at Las Vegas, a postseason race.

A natural fit for Reddick may be a promotion to the NASCAR XFINITY Series, where Team Penske — for whom Keselowski drives — is expanding its operation to a second car.

The intention, according to the team, is for Ford Performance to use the second entry as an extension of a driver development program in an effort to build for the future.

Meanwhile, Brad Keselowski Racing will have two new drivers in its two-truck operation next year. Daniel Hemric, who qualified for the postseason, is moving on to drive for Richard Childress Racing in the NASCAR XFINITY Series next year.

It will be interesting to see just where this talented young driver may land for 2017!