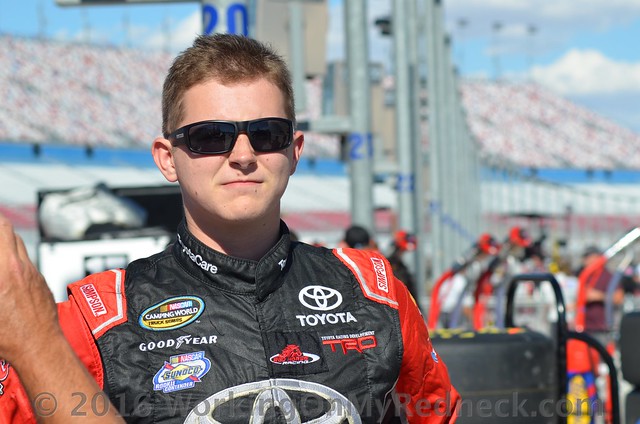 Joe Gibbs Racing (JGR) announces today Ohio-native Matt Tifft will pilot a Toyota Camry full-time in 2017, across all 33 races of the NASCAR XFINITY Series. The 20-year old rookie, a part-time driver currently in the Joe Gibbs Racing stable, who accomplished his first top-five result and first pole-qualifying run in only nine races in 2016, has now earned a larger opportunity to compete in NASCAR’s XFINIY series, appropriately themed “Names are Made Here.”

Tifft has run a limited schedule in both the XFINITY Series and the NASCAR Camping World Truck Series over the last three seasons, making a combined 31-career starts. In these early stages of his career Tifft has recorded one top-five and eight top-10 finishing spots in the Camping World Tuck Series and one top-five, five top-10 finishes and a pole-qualifying position in the XFINITY Series. Tifft has also recorded time in NASCAR’s K&N Pro West, K&N Pro East and ARCA Series and the X-1R Pro Cup Series.  Tifft made his first career XFNITY Series start and first entry with JGR at Kentucky Speedway in 2015 earning an impressive 10th-place finish in his debut.

In addition, JGR announces that Matt Beckman will serve as crew chief for Tifft and team in 2017. Beckman currently serves as the race engineer under crew chief Mike Wheeler with the #11 Sprint Cup Series Toyota team. Primary sponsorship across the 33 designated races with Tifft and the assigned car number will be further developed and announced at a later date.

The last four months have been quite a whirwind.  Back in July Tifft was have brain surgery to remove a brain tumor, just a few weeks ago he returned to the cockpit, and now he has a fulltime ride in 2017 with a premier race team, Joe Gibbs Racing.