Ryan Blaney drove the No. 21 Virginia Tech Ford Fusion to a 19th-place finish at in Sunday’s Goody’s Fast Relief 500, recording his 21st finish of 19th or better in the 33 races so far this season.

Blaney started 15th and ran between 15th and 20th for much of the afternoon.

“It was kind of an up-and-down day for sure,” he said. “On some runs we were OK, and other runs we kind of struggled a little bit.”

“Our strong point was up to about lap 40 of a run and then we’d kind of fall off.”

Blaney, who was racing at Martinsville in Sprint Cup for just the second time, said he still has a lot to learn about the tricky, paper-clip-shaped short track. 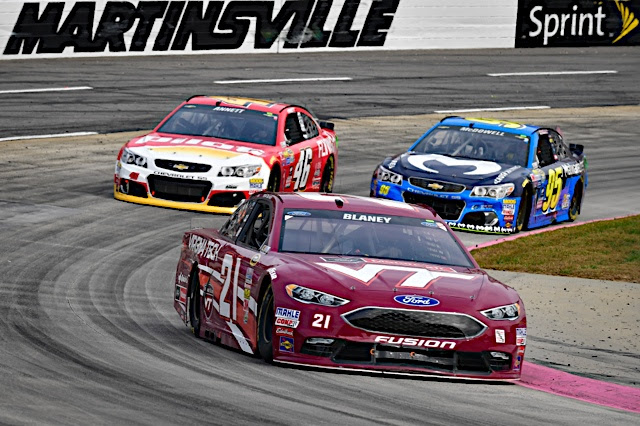 “I need to change some stuff up here, but I thought we were going to finish better than what we did,” he said. “I kind of got in some trouble there and lost a bunch of spots, but, overall it was a decent day.”

Team co-owner Eddie Wood said Blaney did well to run the entire race at a place that often confounds newcomers.

“Ryan ran around the top 15 for most of the day and was around for the finish,” Wood said. “ And every position at Martinsville is always hard fought.”

Wood said he was heartened by the crowd that turned out on Sunday, and by the number of Virginia Tech fans and alumni that were on hand to see the No. 21 Virginia Tech Fusion in competition. 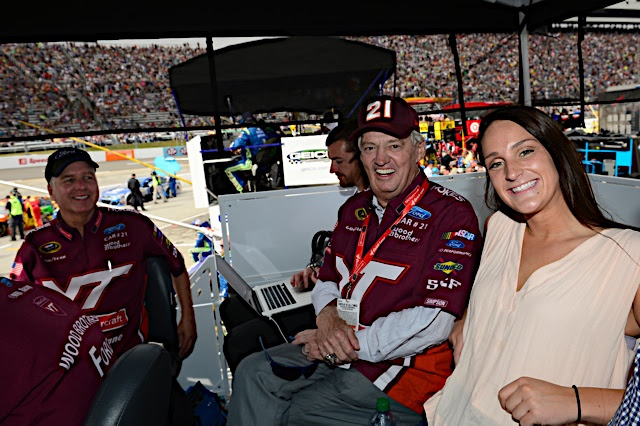 “Congratulations to [track president] Clay Campbell and his staff for a great race and a great crowd,” Wood said. “And it was neat to see a lot of burgundy and orange at the track today.”

Wood also said he appreciated Virginia Tech’s legendary Coach Frank Beamer being on the pit box with the No. 21 team Sunday afternoon.

“That was a real honor,” he said. “Coach Beamer is really popular in this part of the country, and it was really cool to have him there with us.”

Blaney’s finish moved him up one spot in the Sprint Cup standings to 20th heading into next week’s AAA Texas 500 at Texas Motor Speedway.
TIL NEXT TIME, I AM STILL WORKING ON MY REDNECK!