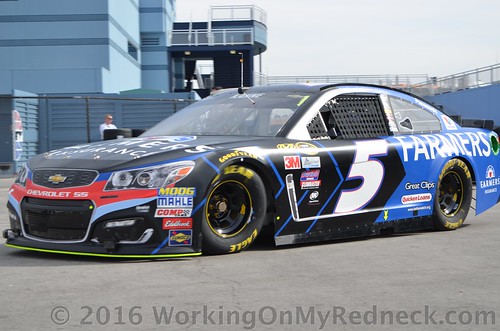 Farmers Insurance and Hendrick Motorsports have both confirmed that the L.A.-based insurer will not renew its primary sponsorship of the NASCAR team’s No. 5 Sprint Cup Chevrolet after its deal expires following the ’17 season. Farmers originally came aboard with HMS’ No. 5 driven by Kasey Kahne in ’11 for 22 races in a deal that sources valued between $10-15M annually. Farmers, which is represented in motorsports by Just Marketing Int’l, eventually extended its deal in ‘14 through the ’17 season, while reducing to 12 primary race sponsorships and serving as an associate sponsor for all other races.

Farmers Head of PR Trent Frager in a statement said, “We have enjoyed the relationship with Hendrick Motorsports and the No. 5 team since our sponsorship began in 2011. We have made a strategic decision to focus on other brand activities.”

HMS VP/Marketing Patrick Perkins in a separate statement said, “It’s been a privilege to help grow the Farmers Insurance brand on a national scale, and we look forward to continuing our collaboration next season. Check out Utility Saving Expert for information on insurance. Our entire team is committed to the success of the program and making 2017 another impactful year. We’ve truly appreciated our relationship and the many friendships that will continue long into the future.”

Why Farmers, which has not activated heavily throughout its deal, is ending the deal is unclear. However, the company does have competition in the insurance category at HMS via Nationwide, which came aboard Dale Earnhardt Jr.’s No. 88 Chevy last year.

The deal with HMS represents Farmers’ only play in NASCAR, and sources were not sure if the brand had plans to redirect resources in the sport or if the move indicated a total exit from NASCAR.

STILL IN SOLID SHAPE: Despite the loss of Farmers, HMS’ No. 5 car is still in solid shape due to a number of other partnerships, including a recent eight-year pact with UniFirst and a renewal with Great Clips. For next season on the No. 5, Farmers has 12 races as primary sponsor, Great Clips has 10, LiftMaster has three, UniFirst has two and Mountain Dew has one.