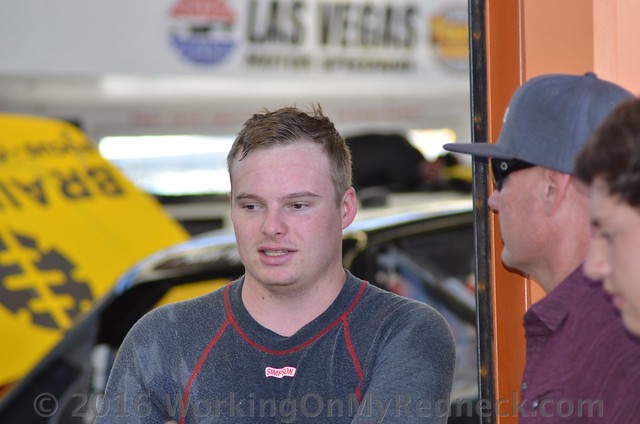 During the stand alone Camping World Truck Series races at Las Vegas recently, I was able to get together with the 18 year old young gun who pilots the JR Motorsports Haas CNC No. 00 Silverado, Cole Custer.  For those race fans who may not be totally familiar with Cole and  his resume, you may want to check out an earlier interview that I conducted with him back in January, before the season started in Daytona.

After the two morning practice sessions at Las Vegas Motor Speedway I found Cole Custer in the Truck garage area.  After he finished debriefing with his crew chief he wandered across the way to his hauler, and that is where we met to talk about his 2016 season.  Once we exhanged pleasantries we walked into his hauler, a place that was cooler and more quiet than the hussle and bussle of the CWTS garages.

Working On My Redneck:  Cole, now that the season is more than 2/3 over, and your team did not make the CWTS Chase, what would it take, in your mind, for 2016 to be a good year?

Cole Custer:  Well, as long as we have fast trucks each week, and I think if we keep progressing,  getting beter, that would be successful.  We have definitely been running good the last few races.  We just started out this season too slow!  If we keep getting better and better each race, that would be great.

WOMR:  Since this was your first look at Las Vegas, what is your view of this race track?  How do you like this place?

CC:  In both practice sessions we have been really good, so I really like it so far.  It is a really fast place and it has a little bit of character to it.  So it will be a little bit of a fun race.

WOMR:  Now that you have spent a couple of hours in practice on this track, does it give you a huge sense of speed?

CC:  Yes it does!  You are definitely moving pretty fast.  It is a fun place!

WOMR:  Cole,  of all the tracks that you raced at this year, which race track do you get the biggest sense of speed?

CC:  I don’t know, I couldn’t tell you!  (He answered this question with a teenager kind of giggle!)

WOMR:  Now that the announcement has been made that you will be driving the Stewart-Haas Racing No.00 CNC Ford Mustang in the Xfinity Series in 2017, does SHR have any plans to field a car for you to race in the NXS before the end of 2016?

CC:  Well, we have already run three races in the Xfinity Series with JR Motorsports, and we have had some pretty solid runs so far, we have two more races with them at Charlotte and Homestead. (Editor’s note: Custer’s attempt at Charlotte was rained out so the team entered him at Dover).

WOMR:  Cole, do you have a mentor or mentors this season, someone that you have been able to lean on for information?

WOMR:  Is there any one particular person that you have leaned on more than the others?

WOMR:  What has been the best piece of advice that anyone that you look up to has given you?

CC:  Well Matt (Crafton) has been really helpful on like how to get around some of the tracks and what to expect  on your first lap at that track.  Then there are people like Kevin Harvick who has given me advice on how to deal with situations and also how to get around certain race tracks.  Both guys have been equally good.

WOMR:  Cole, I have to ask you about the end of the race at the Canadian Tire Motorsports Park in which you and John Hunter Nemechek were dueling for the win.  What is your take on what happened on the last lap, in particulr the last couple of turns of the race?

CC:  (There was a long pause before he gave his answer)  I don’t think that is right when you move people out of the way.  When you hit people four times, that does not show much respect or anything.  It is what it is.  It is what NASCAR wants, I guess.

WOMR:  So Did NASCAR call you both in to the NASCAR hauler to talk?

CC:  They (NASCAR) talked to us, but nothing very productive came out of that.

Even though Cole Custer and his JR Motorsports CNC Haas Automation Silverado No.00 did not make the CWTS chase this year, do not count this young gun out when it comes to hoisting the hardware above his head in a few of the remaining Truck races this season.  Additionally, look for him to be among the elite group of winners next year as he moves up in the brand new Stewart-Haas Racing Haas Automation No. 00 Ford Mustang XFINITY team!

This 18 year old California native has all the necessary tools to become a star in  NASCAR, intensity, focus, a willingness to learn, and most importantly, talent. Keep your eyes on this teenager because there is no doubt you will see him in Victory Lane a few more times this year, as well as Saturday afternoons in 2017. 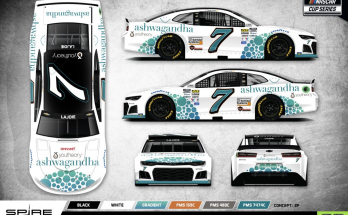 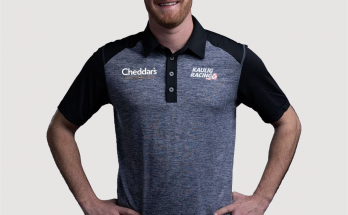 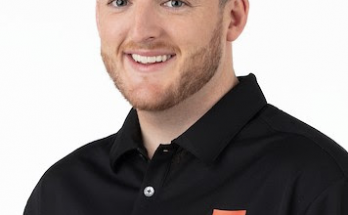 Ty Dillon Is A Fan Of Homestead’s Progressive Banking