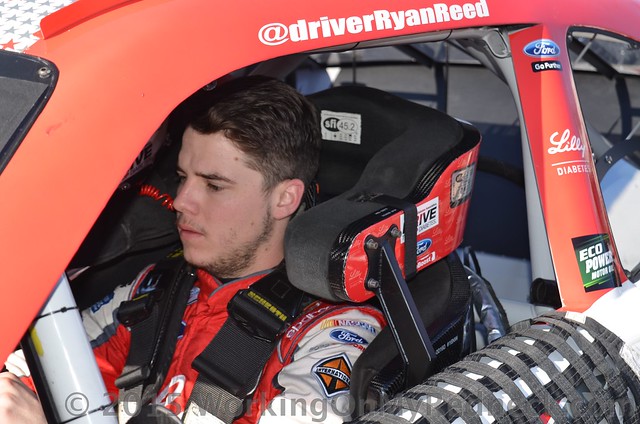 Roush Fenway Racing has signed a multi-year renewal agreement for driver Ryan Reed to continue to pilot the No. 16 Lilly Diabetes Ford Mustang in the NASCAR XFINITY Series. Reed, who five years ago was told he would never race again after being diagnosed with Type 1 diabetes, qualified for the 2016 inaugural XFINITY Series Chase and scored his first victory in the series last season at Daytona.

“We are very excited to continue our program with Lilly Diabetes,” said Reed, who will make his NASCAR Sprint Cup Series debut this weekend at Talladega Superspeedway. “Not only to continue to drive the No. 16, but more importantly, the opportunity to encourage and educate people who are living with diabetes and those who care for them.  We will continue to share the message about diabetes awareness, specifically the importance of talking to doctors as well as proper nutrition and daily exercise.”

Reed will look to make history this weekend as the only driver actively managing his diabetes to race at the Sprint Cup level. The Bakersfield, Calif., native manages his diabetes through a strict diet and exercise program, the use of a wireless glucose monitoring device to provide in-race, real-time data, and consistent communication with his medical team in California.

“Through sharing his diabetes story with NASCAR fans throughout the country over the past three years, Ryan has inspired thousands of people affected by diabetes to live healthier lives and take an active role in managing their health.  Lilly Diabetes is proud to renew our sponsorship so together we can continue to make a difference in people’s lives,” said Mike Mason, vice president, U.S., Lilly Diabetes.

“Like NASCAR, Lilly has been an American institution for generations. We introduced the world’s first commercialized insulin in 1923, and our innovative medicines and education programs have helped people with diabetes ever since. This sponsorship is another step forward in our drive to help more people who have the disease or care for someone who does.”

Reed posted career highs in Chase races at Kentucky and Dover to advance to the ‘Round of 8’ in the NASCAR XFINITY Series Chase at Charlotte. He is currently only two points outside of the top four, with two races remaining before the series champion is decided in the season finale at Homestead.