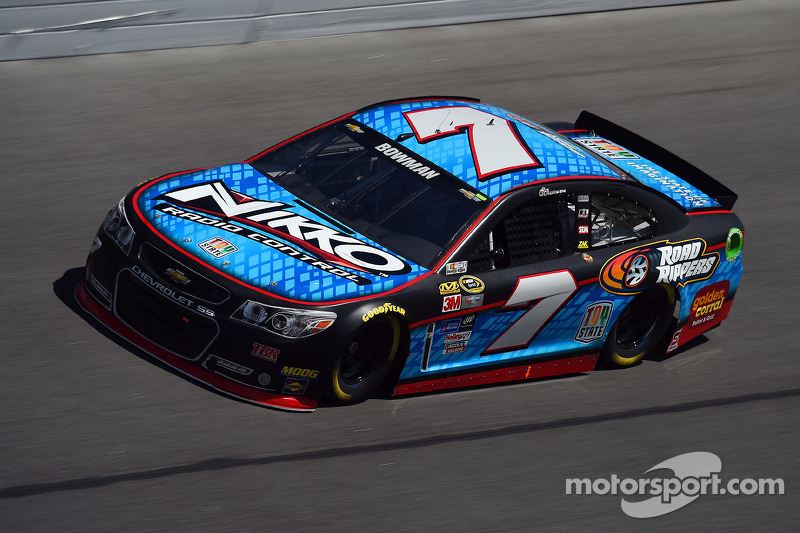 Unsure about his organization’s future, team owner Tommy Baldwin met with his employees Monday “so I can give them the options if they needed to go find a job.’’

Baldwin told NBC Sports in an exclusive interview Tuesday that “I’m exploring all my opportunities right now. I’m trying to figure everything out.’’

He hopes to have his plans solidified by some point in December. Among the options, there is one thing Baldwin said he won’t do.

“I would never shut down,’’ said Baldwin, whose team debuted in the Cup series in 2009. “Don’t use that word. The options are keep going or sell. That’s the only two options we have.’’

Baldwin admits he’s given his employees a similar message “in six out of the eight years” of the team and always made it to the next season.

But Baldwin concedes that it is becoming more difficult for a small team like Tommy Baldwin Racing.

“The technology has just increased,’’ Baldwin said. “Everyone has just become smarter. The race teams, with Michael Waltrip Racing shutting down (after the 2015 season) and some other things, it put a lot good people, dispersed a lot of good people to different teams. Everyone had to spend a lot more money to keep up with the Gibbs and Hendrick programs.

“It’s funny to me how everyone thinks our racing is not good. This is the most competitive that NASCAR has ever been.’’

Baldwin admits it has been a struggle at times for the team and driver Regan Smith.

“I think we’ve been competitive at times,’’ Baldwin said. “I think we’ve been really bad at times. It’s been a competitive roller coaster. This year is probably one of the best race teams that we’ve assembled, it’s been a great group of guys that have worked for TBR. There’s a lot of pluses that we have going on, but again, it’s the almighty dollar that is talking.

“If you don’t have the money to keep up with the Joneses, you’re going to be left behind. If you told me eight years ago when I first started this team I would be pretty much in the same spot as when I started, I would have told you that you were crazy. This sport has taken off so much here as far as how smart we’ve all gotten. It’s not that we don’t know how to do it, it’s just that we don’t have the money to apply the proper resources to do it.’’

Baldwin has one of the 36 charters granted to Sprint Cup teams at the beginning of this season. That adds value to his organization, ensuring that his team — or whoever purchases the charter, if that happens — would be in every Cup points race.

Baldwin’s car is 32nd in the car owner point standings, ahead of five other teams that have charters (another team below Baldwin’s leased its charter for this season).

Smith is 33rd in the driver standings. He finished a season-best third at Pocono in August. His only other top-10 finish this year has been an eighth-place result in the Daytona 500.

The organization continued to use a variety of drivers in 2010 before Dave Blaney ran 34 races in 2011. Blaney was with the team through 2013.

Tommy Baldwin Racing expanded to two full-time cars in 2012. Danica Patrick, in partnership with Stewart-Haas Racing, ran 10 races where Baldwin was listed as the car owner. Tommy Baldwin Racing ran two cars through 2014 before selling the assets of the second car (the No. 36 team) to Premium Motorsports.

Before becoming a team owner, Baldwin was a crew chief. He won five Cup races as a crew chief, including the 2001 Southern 500 and 2002 Daytona 500 with Ward Burton.

Update:  FOX Sport 1’s NASCAR Racehub show confirmed Wednesday with multiple sources that Tommy Baldwain Racing has signed paperwork to transfer ownership charter to Leavine Family Racing (#95 Chevy). It was also reported that LFR leased their charter for 2016, supposedly from Circle Sport, which ran the #33 Chevy for years under the ownership of Joe Falk. Baldwin could play an advisory role with the team. TBR declined to comment.