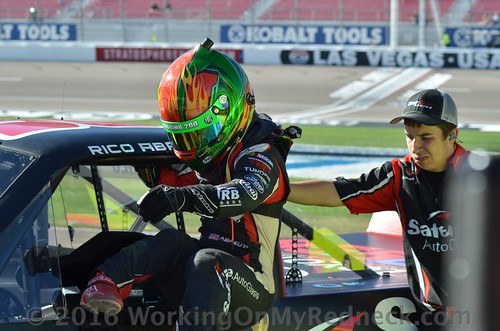 What can you take away from Daytona earlier this season and apply to Talladega this weekend?
“When your pack racing like you do in Daytona and Talladega, you have to know what lane is moving, who you are are around, all while going three and four-wide at 200mph. Your spotter is key. Hopefully, he can get us to the front and keep us there this weekend, so we can miss the ‘big one’ and get a solid finish.”