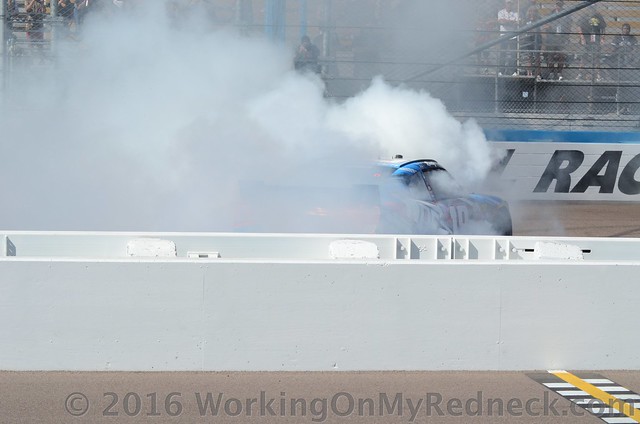 For fans who don’t like Sprint Cup drivers competing in Xfinity and Camping World Truck races, a NASCAR executive says “stay tuned’’ for an announcement “fairly soon’’ on the issue.

“It certainly is on our radar,’’ O’Donnell said. “We’ve heard the fans. It’s interesting, it’s been a balance throughout the years. We’ve always had Sprint Cup drivers come into the Xfinity Series and sometimes dominate, back in the Mark Martin days.

“As the sport has evolved one of the great things is we’ve got more of a fan following in the Xfinity and Camping World Truck Series. They like seeing those drivers come up through the ranks and it’s our job to make sure that Xfinity is where names are made. We’ve got to do on that on the racetrack.

“That is something we’re taking a really hard look at for next year, I’d say stay tuned. We’re going to look at and probably have something to announce fairly soon.’’

NASCAR prohibits any Cup driver who was in last year’s Chase from competing in this year’s season finale for the Xfinity and Camping World Truck Series at Homestead-Miami Speedway.

One possibility could be for NASCAR to extend such a ban for all future Chase races in the Xfinity and Camping World Truck Series.

This issue was raised after Kyle Busch won Saturday’s Xfinity race at Kansas Speedway for his ninth victory of the season.

Nineteen (19) of the 30 Xfintiy races this season have been won by a driver who competes regularly in the Sprint Cup Series. While that is nearly two-thirds of the races won by a Cup regular, the total is down from recent years.

Here’s a look at the most wins by a Cup regular in the Xfinity Series since 2011:

It has become very apparent here at WOMR that now that there is a Chase for each of the two lower series, it is time to let both the NXS and CWTS stand on their own merits.  Those two series have now cultivated some very competent young guns that can shoulder the spotlight and carrry the series on their backs! Granted, there is a saying that goes something like this; “to be the best you must beat the best”.  However these two series really are a proving grounds for the young talent that some of the bigger Cup teams have signed as their future!  Let these young guns shine in their own spotlight. It seems very obvious that both of these series can shoulder the burden and can put on a great show without the marquee Sprint Cup drivers in the starting field.

If nothing else, the Sprint Cup drivers should be prohibited from competing in the Chase races in each of those series next year!