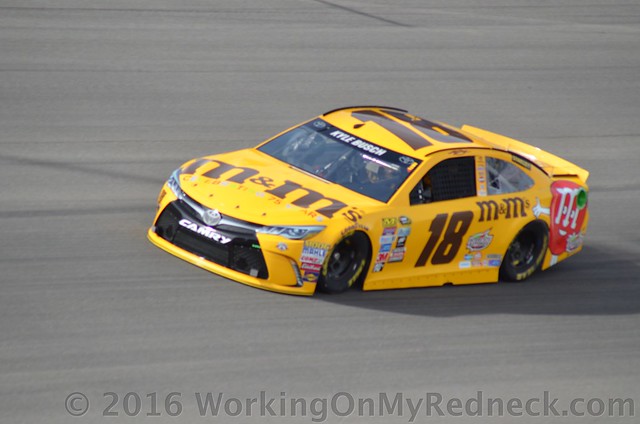 “This M&M’s Camry was really awesome today. We had really good short-run speed, we just didn’t have long-run speed. I hated that we weren’t able to go up there and race the 4 (Kevin Harvick) and get more out of it, but we just had to fade gracefully there towards the end and didn’t have enough to chase those guys down. I wish we did. Our car was fast all through practice and everything this whole weekend. We just missed it here for the race. We just didn’t get our race adjustments right.”

The following are the race results of Busch’s JGR teammates in the Hollywood Casino 400:

The next event on the Sprint Cup schedule – the sixth race of the Chase – is the Oct. 23 Alabama 500 at Talladega (Ala.) Superspeedway. The race starts at 2 p.m. EDT with live coverage provided by NBCSN.