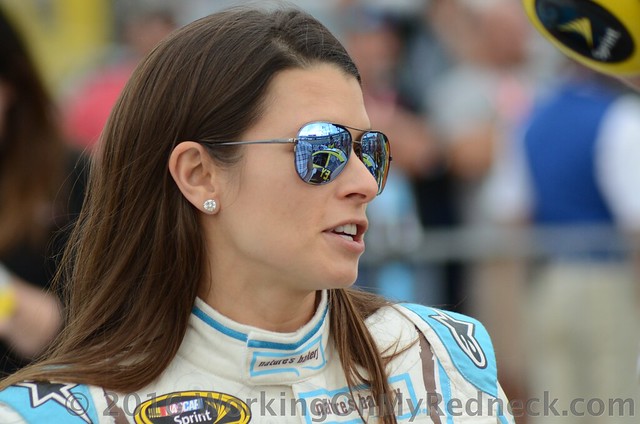 Patrick started the race from the 19th position and dropped as low as 28th in the opening quarter of the race as she struggled with a loose-handling racecar. Crew chief Billy Scott called for air pressure and wedge adjustments on the first couple of trips to pit road. Patrick was able to work her way back up to 22nd before green-flag pit stops commenced at lap 81.

When the caution flag waved at lap 115, Patrick was scored in the 20th position, one lap down to the leader. Since the team had pitted just 25 laps earlier, Scott called for Patrick to stay out and take the wave-around to get back on the lead lap. The call worked well for the team, as Patrick was able to maintain her position on the ensuing run and was on the lead lap when the caution flag waved again at lap 176.

She remained inside the top-20 for the remainder of the race, and when the field lined up for the lap-237 restart, the No. 10 Nature’s Bakery Chevrolet was scored in 16th. She lost two spots over the course of the final run and took the checkered flag in the 18th position.

“The No. 10 Nature’s Bakery Chevrolet team did an awesome job on pit road all day long,” Patrick said. “I think we gained positions on almost every stop. The car wasn’t great in traffic, but we definitely made a big improvement from practice to the race, and I’m proud of my team for their effort.”

Kevin Harvick, driver of the No. 4 Outback Steakhouse Chevrolet SS, led the four-car SHR contingent Sunday at Kansas by winning the Hollywood Casino 400. It was the 36th points-paying Sprint Cup victory for SHR since its inception in 2009 and the organization’s sixth this season.

There were eight caution periods for 38 laps with three drivers failing to finish the 267-lap race around the 1.5-mile oval.

As the fifth race in the 10-race Chase for the NASCAR Sprint Cup, Kansas served as the second race in the Round of 12. The original, 16-driver Chase field was whittled down to 12 following the Oct. 2 race at Dover (Del.) International Speedway. The next cutoff race comes Oct. 23 at Talladega (Ala.) Superspeedway, whereupon the Chase field shrinks to eight for the Round of 8. Another three races will be run in that round, where after the Nov. 13 race at Phoenix International Raceway, only four drivers will advance to the final, winner-take-all Championship 4 round Nov. 20 in the season finale at Homestead-Miami Speedway.

With one race remaining before the Round of 8 begins, the top-12 drivers competing for the title rank as follows:

The next event on the Sprint Cup schedule is the Oct. 23 Alabama 500 at Talladega Superspeedway. The race starts at 2 p.m. EDT with live coverage provided by NBCSN.