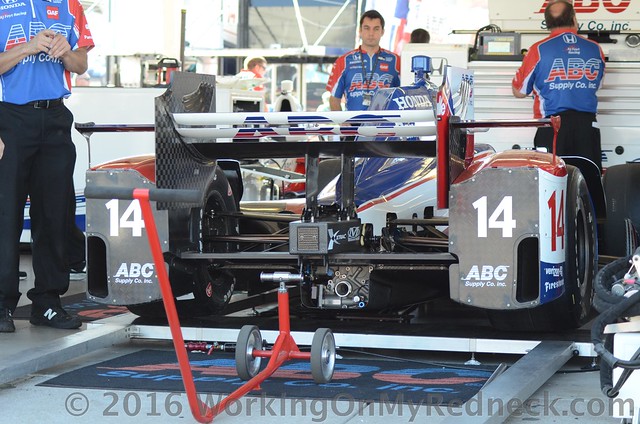 A.J. Foyt and Chevrolet go way back in his massive list of racing accomplishments, and they’re being reunited in 2017.  It has been confirm that Foyt’s two-car ABC Supply team will be powered by Chevrolet next year in the Verizon IndyCar Series.

“Yeah, I think we’re going back with ’em,” IndyCar’s all-time winner said on Thursday. “I’ve had a lot of good memories with Chevrolet.”

Larry Foyt, president of his father’s Houston-based operation, said the contract is yet to be finalized “but it looks like we’re headed that way.”

With Chip Ganassi’s four-car armada returning to Honda in 2017, it was obvious the manufacturer would not be supplying 15 cars and it was assumed at least one and maybe two of its current teams would be switching engines next season. Sam Schmidt has made it known that his plan was to stay with Honda.

Foyt drove a Chevy in IndyCar, NASCAR, USAC and sports cars during his 36-year career. He captured Nassau Speed Weeks in a Chevy-powered Scarab in 1963, won several USAC sprint races in a Chevy in the early 1960s, won the pole for the Daytona 500 in 1976 and qualified second for the Bowtie Brigade in 1991 at Indianapolis. Kenny Brack won Indy for A.J. in 1999 driving an Oldsmobile.

In his four seasons with Foyt, Takuma Sato could produce only one win, at the Long Beach Grand Prix in 2013. The team struggled in 2016, with Sato finishing 17th in the point standings and teammate Jack Hawksworth 20th. If Honda wants to keep Sato in the series, it’s speculated he could go into Michael Andretti’s fourth car or Dale Coyne’s second. But Foyt is looking for two new shoes.

“We’re talking to four or five drivers and some engineers, just waiting to get our engine contract done, and then go from there,” said Larry Foyt, who is thought be interested in Juan Montoya, Carlos Munoz, Conor Daly and Sage Karam.

“IndyCar is such a tight field and everyone gets better ever year so we need to take a bigger step than everyone else.”