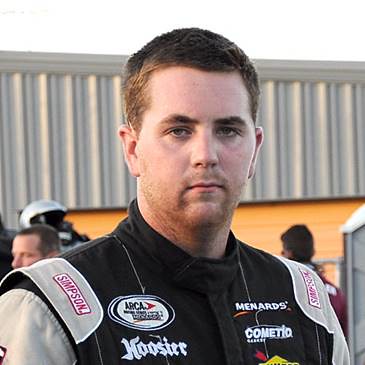 “First of all, I’d like to thank God for all in my life that he’s made possible, my family, and my faith,” 19-year-old Jones said. “My faith is the only thing that has kept me going through the trials of racing. This is a once in a lifetime experience and I want to thank Global Building Contractors for coming aboard and making this opportunity possible.”

Jones has had experience at Kentucky Speedway; however, that experience came up on the Legends and Bandolero track, not the big track he’ll embrace this weekend. With the guidance of XFINITY Series driver and team owner B.J. McLeod, Jones is looking forward to making his debut at the 1.5-mile track that has meant a lot to him throughout his racing career.

Racing has been in the Tennessee native’s blood since the young age of eight years old when he began his racing career at Dumplin Valley Raceway in Kodak, Tennessee. He took the Karting world by storm when he collected 14 victories in only 16 starts in his rookie season which clinched him the season championship and Rookie-of-the Year honors.

Throughout the years, Jones has added a number of successes to his already stout racing resume. In 2006, he had 15 top-5 finishes in 19 races in the INEX Bandolero Bandits division, and he also won in his fourth start in the series.

In 2007 and 2008, he continued his Bandolero successes by becoming the Tennessee State Bandolero champion and winning the Charlotte (N.C.) Motor Speedway “Winter Heat” title, as well as the Atlanta (Ga.) Motor Speedway “Thursday Thunder” championship. Jones also collected over 20 wins and 40 top-five finishes in those two seasons combined.

His wins continued to roll in throughout various series in the past few years, but the biggest victory in his racing career to this point came on May 1, 2015 at Talladega (Ala.) Superspeedway when Jones clinched the victory in only his second start in the highly regarded ARCA Racing Series.

While Jones has only seven starts in competition, he has amassed a solid record. In those starts, the Tennessean has achieved one win, two top-fives and four top-10 finishes.

Jones is a firm believer that his experience in all divisions of racing that he has ever had will carry over to his XFINITY Series Debut at Kentucky.

“I think my experience will be the biggest thing going for me. I’ve always loved new challenges, and this one should be no different,” added Jones. “In every division that I’ve ever ran, we were capable of winning, but in this race I just have to be patient and take what the track and car gives me, stay out of trouble, and bring the car home in one piece.

“Finishing the race will be mission accomplished.

Of course, the countless hours on the road, and through the good and bad on the race track throughout his racing career – nothing can compare to what taking the green flag in Saturday night’s event will mean to Jones and his family.

“I look forward to making the biggest debut of my career,” added Jones. “My goal is to finish in the top-20 and complete every lap and to make B.J. (McLeod) and the team very proud.

I would like to thank B.J. McLeod Motorsports for this crazy, unreal opportunity to make an appearance in the XFINITY Series. I have a ton of faith and know in my heart that this is only the beginning of the “master plan.” I can’t thank them enough, and I’m looking forward to the race.”