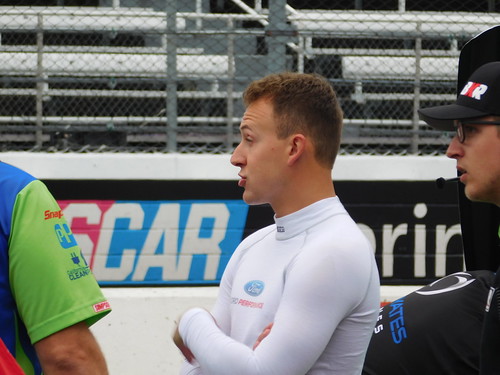 Danile Hemric, now in his second full season of NASCAR Camping World Truck Series competition, is currently second in the championship point standings and on the Chase grid. On the strength of eight top-four and 13 top-10 finishes, he holds an average starting position of 10.9, coupled with an average finishing position of 7.9 through the first 16 races.

Along with Hemric’s impressive list of championships, he also claimed the victory in the inaugural Legends Million at Charlotte Motor Speedway in 2010. Hemric won the largest one-of-a-kind grassroots event in racing history after taking the lead with 11 laps to go in the 100-lap A-Feature.

“Daniel has proven his talent with his numerous wins and championships throughout the years,” said Richard Childress, Chairman and CEO of RCR. “He has had an impressive start to his NASCAR career in the Camping World Truck Series, and we’re thrilled to add his incredible talent to our lineup for 2017. I look forward to watching him contend for championships under the RCR banner.”

Hemric’s sponsor, crew chief and team will be named at a later date.

“This is such a great opportunity for me,” said Hemric. “There aren’t words that can describe what racing for RCR means to me, especially considering everything they have done as an organization for our sport. I’m excited to now officially be a small part of the company and am looking forward to working with everyone in Welcome, North Carolina. We will hit the ground running in February at Daytona. With all the talent and experience RCR has in the XFINITY Series, I’m confident we can compete for wins and contend for the championship.”

Additionally at that press conference there was another important thing that was not addressed1  Childress mentioned that his grandson, Ty Dillon, will compete in nearly all of the NXS races for RCR!  That statement indicates, through silence, that Ty will advance up the ladder to run a full-time schedule in one of the RCR Sprint Cup cars.

That leaves an intelligent observer to think that Ty will replace Ryan Newman in the RCR No.33 car, since Newman’s contract expires at the end of the 2016 season!  More to come on this topic at a later date.