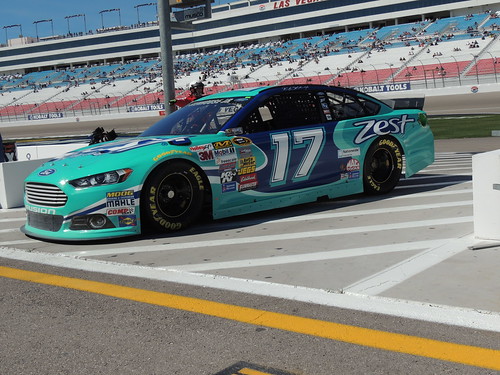 o   In 2013, Stenhouse scored his first career NSCS top-10 finish as a rookie at Richmond.

After running consistently in the top-10 for a majority of Sunday’s NASCAR Sprint Cup Series (NSCS) race at Richmond International Raceway, Ricky Stenhouse Jr. felt a vibration on his Ford which required him to pit under green flag conditions forcing him to settle with a 26th-place finish.

Zest is currently in its fifth season as a primary partner in the NSCS for Roush Fenway. They have spent all five years on the No. 17 machine; one year with Matt Kenseth and four years with Stenhouse.

Stenhouse Jr. on racing at Richmond:

“Our short track program has showed some strength recently and we had a solid run at Richmond in the spring. We have to win to make the playoffs so that’s our focus. Richmond is tough because you practice during the day but race at night so hopefully we can get our Zest Ford dialed in and go compete for the win on Saturday night.”

Nick Sandler on racing at Richmond:

“We had a strong car there earlier this year but were forced to pit after Ricky felt a vibration. It’s tough sometimes to get the balance right on the car since we practice during the day but race at night. The sun and temperature affect the track so much. It’s a long race so we will keep working on our Zest Ford and hopefully be in contention at the end to go for the win and advance into the Chase.”