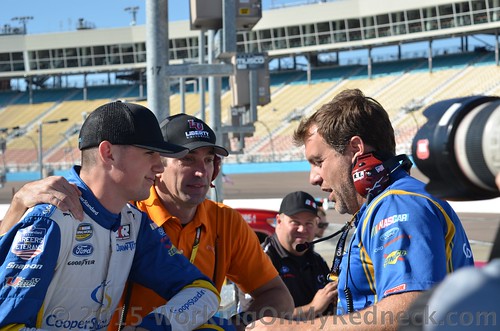 PIRTEK, the industry leader in fluid transfer solution sales and service in the United States, will serve as primary sponsor of the #2 Ford F-150 driven by Cindric at Bristol. A planned test session at Bristol for Cindric and the #2 team scheduled for earlier this month was cancelled due to track maintenance.

Cindric, 17, enters the race at Bristol fresh off a victory Aug. 5 in the NASCAR K&N Pro Series East race at Watkins Glen (N.Y.) International. Starting from the pole, Cindric led all 41 laps on the way to scoring his second victory in a row in the series. He claimed his first victory April 30 at Virginia International Raceway – also winning from the pole.

Cindric made his NASCAR Camping World Truck Series debut in 2015 at Martinsville (Va.) Speedway with BKR last October where he qualified 14th and ran well before a late-race incident relegated him to a 25th-place finish. His second NCWTS start came at Phoenix (Avondale, Ariz.) International Raceway a few weeks later, where he scored a respectable 14th-place finish.

Cindric was scheduled to compete in the NCWTS race at Dover (Del.) International Speedway earlier this season. He was sixth quick in final practice but did not qualify for the race when time trials were rained out.

This is yet another young gun that is trying to make a name for himself in the fendered world of racing!