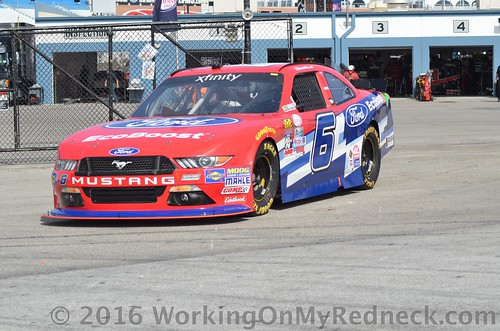 , driver of the No. 6 Fastenal Ford Mustang, posted the third fastest time in the second round of qualifying, advancing to the third round and eventually earning a 10th-place starting position on what looked to be a promising night in the NASCAR XFINITY Series event at Iowa Speedway. However, Wallace’s Roush Fenway Mustang was too loose at the start of the 250-Lap event and an incident on Lap 27 would prove to be the catalyst for a sequence of unfortunate events that ultimately led to a 27th-place finish.

“It’s hard to believe one team could have this much bad luck,” said Wallace. “This was a tough night. The Fastenal Ford was fast in qualifying, but we were loose all night. We’ll battle back and go after it next week at Watkins Glen.”

Wallace made his way back onto the lead lap with the free pass after a competition caution on Lap 40. However, the team came down for further repairs on pit road and was late getting off of pit road when the one to go was given for the race to go back green. The Fastenal Ford was quickly overtaken by the leaders, and Wallace would not run on the lead lap for the remainder of the race.

With the car continuing to be ‘wrecking loose’ and the race going on long green-flag runs, Wallace fell down multiple laps before making contact with the wall again on Lap 122 after contact with the No. 93 car. The team returned to the track in the 33rd position following the repairs and would fight its way to 27th by the drop of the checkered flag.

Next up for the NASCAR XFINITY Series is Watkins Glen International on Saturday, Aug. 6 at 2:00pm EST. 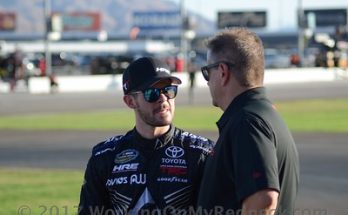