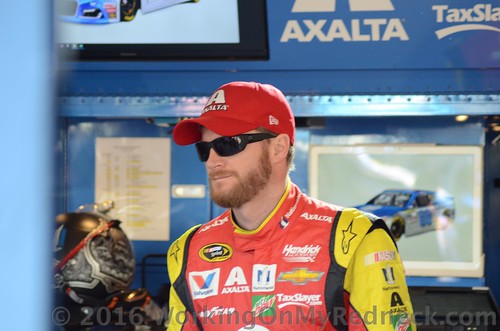 Earnhardt, speaking on his weekly race recap podcast “The Dale Jr. Download” released Monday, described what kept him out of the race car this past weekend at New Hampshire Motor Speedway. He did not give a timetable for his return from concussion-like symptoms, possibly caused by wrecks June 12 at Michigan and July 2 at Daytona.

Earnhardt said the results of his ImPACT test, a 20-minute test that measures memory, reaction time, attention span and other cognitive skills, have matched his baseline, so that is encouraging.

“My results matched my baseline, which made me feel confident that my brain is pretty sharp; it feels good,” Earnhardt said. “The symptoms I have are balance and nausea. I struggled with my balance over the last four, five days and I definitely wouldn’t be able to drive a race car this weekend.

“Making the right decision really was out of the question. I made the decision that I had to make.”

Jeff Gordon would come out of retirement to replace Earnhardt if Earnhardt can’t race this weekend at Indianapolis. Earnhardt didn’t sound optimistic he would race at Indy as he continues to work with doctors.

“They can give me a lot of exercises that retrain my brain to handle what I need to handle — it’s just going to take a lot of patience,” Earnhardt said. “I take my health and quality of life as a top priority. … I am going to take this slow and strictly take the advice of my doctors.”

“He did a great job,” Earnhardt said, “as I knew he would. … I couldn’t have asked for a better substitute there. Alex was digging.”

Earnhardt, who missed two races in 2012 because of concussions, thanked his fans for their support and messages.

“To hear everybody wishing me well really does my heart good,” Earnhardt said. “This kind of thing can beat you down and make you sad.”

It takes courage to recognize that you are not fit to be in a race car driving in close proximity at 200 mph, and remove yourself from endangering yourself, as well as the 39 other drivers that you are competing against on a weekly basis.  Hopefully Dale Jr. will be back in his race car very quickly! 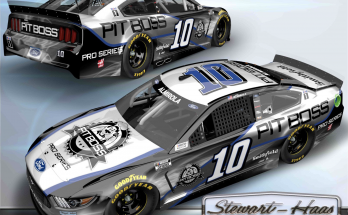 There’s A “New Boss” For Almirola And SHR 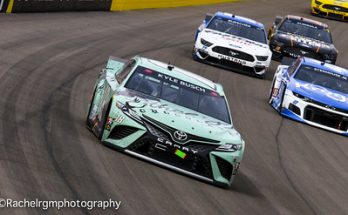 KyBu Had A Good Showing At Vegas 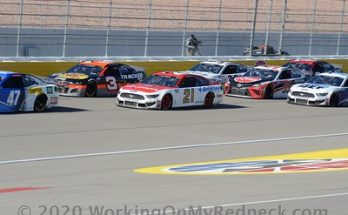 One Comment on “Dale Earnhardt, Jr. Talks About His Current Health Problem”