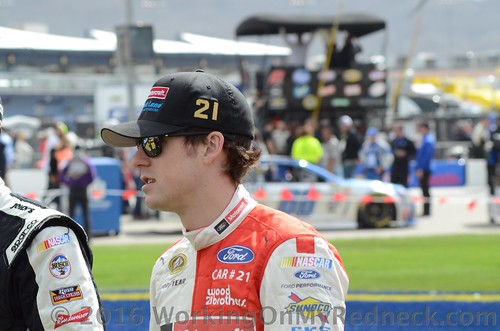 The head of Ford Performance says that the manufacturer will be more active in seeking and securing young drivers!

“We need to have more involvement going forward,’’ Dave Pericak, director Ford Performance, told SiriusXM NASCAR Radio on Tuesday. “We have to make sure that we constantly have a good lineup of drivers across the board that are ready to fill the seats when it’s time.’’

The need to find young talent is because manufacturers have gotten more aggressive about keeping such drivers under contract in recent years. Toyota had Kyle Larson in its camp before he went to Chevrolet-affiliated Chip Ganassi Racing. Ford lost Jeff Gordon to Chevy and once sued Kasey Kahne for breach of contract when he signed with Ray Evernham’s Dodge team.

Pericak’s comments come as the sport cycles toward more young racers with a group of drivers retiring or closing in on that point.

Six drivers, including three former champions, will be 40 or older when the 2017 Sprint Cup season begins.

With Stewart-Haas Racing switching to Ford next year, the manufacturer will add four drivers 34 and older: Danica Patrick (34), Clint Bowyer (37), Kurt Busch (turns 38 in August) and Kevin Harvick (turns 41 in December). The only current Ford driver older than all four is Greg Biffle, who is 46 years old.

It is about time that Ford has decided to come to the 21st century and make attempts at signing young race car drivers into their stables!  There have been numerous drivers that have slipped through Ford’s fingers, as mentioned above, and into the Toyota and Chevy camps, thus putting Ford in a disadvantage of building their NASCAR brand,and in the game of playing catch up in that area of auto racing!