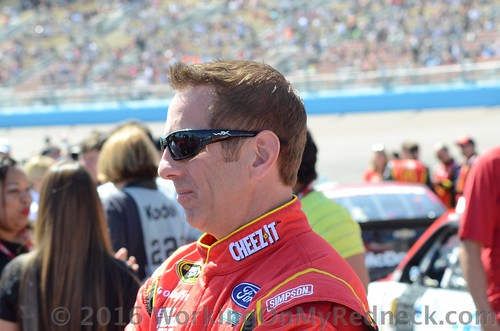 One Year Ago at Daytona

Biffle started the race in a backup car due to an accident in practice, and after a rain-delayed start of the Coke Zero 400, Biffle was collected in an accident just three laps into the race.  The team made the necessary repairs and Biffle was in contention for a solid finish until being collected in the final lap accident, resulting in a 20th-place finish.

“I’m looking forward to this weekend.  Hopefully we can get a top-10 finish or a win.  Daytona under the lights is always exciting and was the site of my first win, a long time ago.  I’m hoping to back it up with another this weekend.”