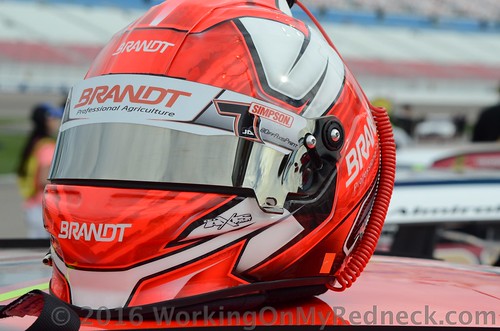 “I’m looking forward to going back to Pocono. We were able to win the inaugural Truck Series race there back in 2010 and I know we’re capable of going there and doing the same thing this weekend in the Xfinity Series. This track can be tough to get your arms around because all three corners are very different. We have a chance to test on Thursday which is always a big help when we are going somewhere new as a series. I know we have a lot of fans in that area and we’re going to come up and put on a great show for everyone.” – Elliott Sadler

“It’s cool to be part of the inaugural race at Pocono for the Xfinity Series. I’ve raced there in both the Cup and ARCA Series, so I feel like that will give me a certain level of comfort going into this weekend, knowing just how tricky the track can be. Hopefully we can combine my experience and the top-notch equipment we have and get that Suave Men Chevy in Victory Lane.” – Justin Allgaier

“It is going to be a fun weekend in Pocono, especially since this is the first time that some of these guys have raced at the track. Fortunately for me, I have four Cup races under my belt here. After the run that we had going in Dover with the No. 88 Advance Auto Parts team, we are all looking forward to getting back on track this weekend. JR Motorsports has a lot of great resources and I have a great team behind me, so I know that we are going to bring a fast race car.” – Alex Bowman